Sold Out: UTicketIt Founders Turn an Epic Fail into a Major Win

Learn how twin brothers, Ashton and Ryan Clark turned epic failures into major successes and why the best time to start your company is – today!

The current version you see of UTicketIt.com is not the initial concept. Over a year ago, we started developing UTicketIt and invested our time and money in a service that our customers did not like. The initial version was a complete failure.

Additionally, instead of asking potential customers what they wanted we just built it. That was a huge mistake. In fact we almost gave up. For a brief period of time we didn’t see any point of continuing since we had lost so much. But it was also during this time that we realized failure is not an option for us.

We decided to pick ourselves up and build UTicketIt again. This time we asked our customers what they wanted to see in an online event registration and management system. We spent months working on the current design.

After the redesign launch, more event organizers became interested in using the system. This was confirmation that our idea was, in fact, a good one. After overcoming initial failure, with renewed confidence, we applied to business plan competitions, including “Idea to Product Competition,” a national competition for social entrepreneurship.

We competed at the local level, at the University of Illinois and soon advanced to the regional stage in St. Louis, MO. A few months later we competed in regionals and advanced to the global competition. This was a huge success for us, something we don’t take for granted. We also participated in MTV’s “Movers and Changers” competition as finalists.

But outside of winning accolades for our idea, our greatest success is helping organizers sell out their events online.

One of our biggest challenges was the development of UTicketIt.com website. We experienced various bugs and roadblocks that impacted our budget. We realized that the final iteration of UTicketIt would far exceed our budget. This was a huge challenge, but we overcame it by working together to conquer the barriers we faced.

We refined the website and worked with customers to develop what you see today. There are so many great things in store for UTicketIt.com and what you see now is only the beginning. We are working each day to exceed our customers’ expectations.

Don’t wait to start your company if you have an idea – move forward with it! The best time to start a company is today.

We started our first corporation in high school called LudaKicks.com, an online sneaker magazine. We learned how to succeed after failing. We turned LudaKicks.com into a successful online company because we took action and brought our idea into fruition.

Connect with Ashton and Ryan on Twitter and Facebook. Did you enjoy this article? If so, subscribe to YFS Magazine and never miss an update. Don’t forget to make our friendship official and join Young, Fabulous & Self-Employed entrepreneurs on Facebook. 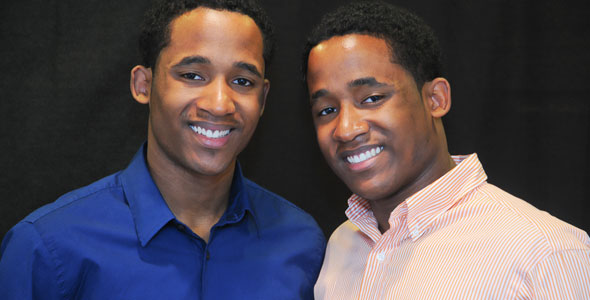 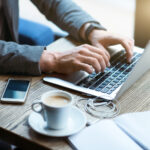 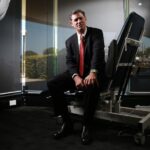 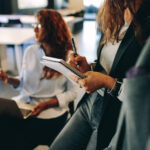