The Decline of IPOs: Why More Companies Aren’t Going Public

The trend of companies choosing to stay private rather than pursue an IPO is a matter of owners seeing fewer benefits to an IPO. They’re looking at their...

We’ve all seen the smiling faces of company owners and executives as they ring the opening bell at the New York Stock Exchange to mark the start of public trading of their shares.

Many outsiders assume that the ultimate goal of entrepreneurs is to ring that bell. After all, why wouldn’t it be?

Facebook’s recent IPO, the sharp drop in its share price, and the delay of other IPOs in the pipeline have reignited questions about why more U.S. companies aren’t going public and what’s behind the 15-year decline in the number of publicly traded companies.

This approach is backward, however. In the current conversation, we should be asking why would these companies want to go public, rather than why wouldn’t they.

I believe the trend of companies choosing to stay private rather than pursue an IPO is a matter of owners seeing fewer benefits to an IPO. They’re looking at their current situation and finding insufficient motivation to change it.

For example, most people who start businesses enjoy the freedom that comes with entrepreneurship. They are not particularly entranced by the prospect of government paperwork or regulation. It is just antithetical to who they are.

It’s not to say they’re cowboys. Yet, few of them would wake up in the morning and want the pressure or hassle of completing a Sarbanes-Oxley filing or the stress of being required to personally and publicly sign off on the accuracy of a large, complex company’s financial statements. So right off the bat, going public for an entrepreneur is probably not a good fit, and that is where we need to begin the analysis.

One incentive for a business owner to hold an IPO is to “cash out” on some of his or her hard work, and I’m sure there are some who do. But while Mark Zuckerberg probably made a lot of money with the Facebook IPO, he probably already had a lot of money or at least the prospect of it.

The difference between today and the past is that entrepreneurs or early investors don’t necessarily have to go public to get liquidity. There are other good avenues for getting liquidity for their shares, such as selling the company outright, offering shares on the secondary market, securing private equity, or even possibly paying dividends (yes, some companies with high growth rates actually make a profit).

The private-equity secondary market, for example, where limited partners, general partners and accredited investors can buy and sell shares of private companies, saw about $25 billion in transaction volume in 2011, according to private-equity advisory firm Cogent Partners. I believe that the secondary markets are going to grow significantly.

Business owners also like to have control over the things that eat into their returns. Why would they want to have higher expenses if it wasn’t necessary for growing their company?

It’s costly to be a public company. For example, public companies, unlike private companies, must produce quarterly financial reports, usually with a compressed turnaround time between the close of the quarter and the government’s filing deadline. 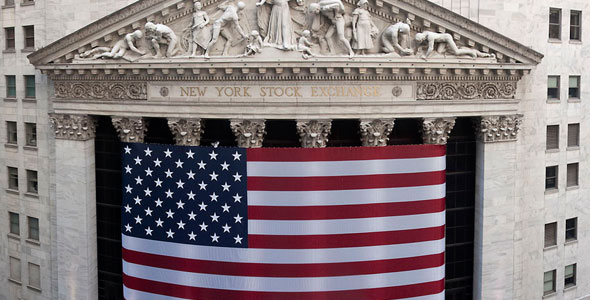