Learn how Dae Bogan launched his tech music startup and why you should never burn bridges.

Many young professionals have been faced with unexpected layoffs.

A rising number of unemployed professionals contribute to an over-qualified workforce struggling to cope with a new economic landscape.

The United States unemployment rate is still more than 8 percent; which creates a highly competitive job market. Global youth unemployment echoes the trend and is expected to rise globally to 12.9 percent by 2017 as more young people leave the workforce and the euro crisis spreads to emerging economies.

Faced with staggeringly high unemployment rates and dwindling conventional work options, many young professionals turn to entrepreneurship. Former VP of Marketing for a national urban retail chain, turned entrepreneur, Dae Bogan is one of them.

After being laid off, Dae Bogan decided to take a promising business concept he’d been working on while employed and sell it back to his former boss.

“I was laid off in April, after nearly 4 years with the company, as a  part of several middle management cutbacks prior to fully developing the concept (a new in-store music video platform) and implementing it,” says Bogan.

After being laid off, he launched the first free cloud-based music video, digital signage solution for retail businesses — including music video distribution and promotional platforms for artists.

Realizing that his newly created business model would solve problems for his former employer and other companies he launched his entrepreneurial venture — sooner than expected. “I turned my idea, as an employee of the retailer, into a music tech startup. My former employer became our first customer, giving ChazBo Music the rights to 150 locations nationwide.”

Learn how Dae Bogan launched his tech music startup and why you should never burn bridges.

I was the VP of Marketing at a leading urban contemporary clothing retail chain where we serviced a “hip-hop inspired” customer base. In our stores, we played music videos to support our store environment and enhance the shopping experience for our target customers.

The problem I faced (as the person solely responsible for providing our 100+ US locations with music videos) was that the owner of the company was not willing to pay for a traditional music video service.

So, I built relationships with artists and record labels who would send me music videos for free. However, we grew tired collecting video files and compiling, duplicating, and sending DVDs to store managers across the country. Our stores would go months with the same old DVD’s and therefore, we would receive hundreds of complaints from store employees and customers.

So, I developed a concept to build a cloud-based music video delivery and digital signage platform so artists and music labels wouldn’t have to send DVDs to stores.

It is a business model that saved my former boss thousands of dollars a month. Ironically I was laid off in April, after nearly 4 years with the company, as a  part of several middle management cutbacks prior to fully developing the concept and implementing it. Consequently, the retail chain had no real solution for music videos in the store once I left.

I realized that thousands of businesses in the US faced similar problems.

I then turned my idea as an employee of the retailer into a music tech startup company. And four months after being laid off, the retailer (my former employer) became our first customer, giving ChazBo Music the rights to 150 locations nationwide.

Going from being laid off to closing a multimillion dollar deal between my former employer and my new startup in under 120 days is our best success story yet. ChazBo Music entered into an exclusive distribution agreement with Shiekh Shoes where we will service their 150 retail locations across the country with music videos via our MusiChannel service for businesses.

Our business model is based on distribution and advertising revenues. The deal was closed in less than 120 days from being laid off from the same company, and only 90 days after founding ChazBo Music.

Zero startup capital. This was tough because I was unexpectedly laid off. Not only was I unprepared to tackle being unemployed (with minimal savings and upcoming plans to travel out of the country), I was not prepared to be forced into making my “concept” a business. But, I did it!

I was able to transform my concept into a business, land consulting work to fund my personal expenses for a short period of time, and close an account with my new customer (and former boss) which generated plenty of startup capital!

Never burn a bridge — especially in your professional life. Had I reacted differently after being laid off and cut ties with my former employer, I would not have had the opportunity to make them my customer. 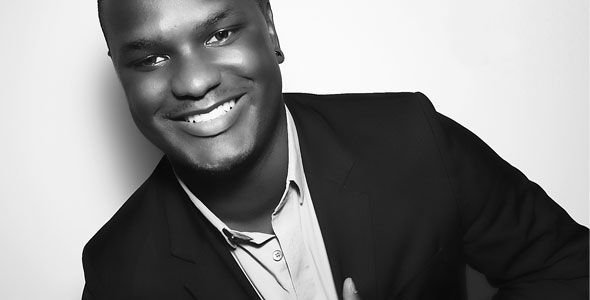