How the JOBS Act Impacts Both Private and Public Companies

Why the JOBS Act as a whole will probably continue the momentum away from companies going public.

For example, many smaller, privately held banks used to worry about triggering public reporting requirements when they crossed a threshold of 500 shareholders, the Wall Street Journal reports. That trigger under the JOBS Act is now as high as 2,000 shareholders.

At the same time, the law paves the way for small- and medium-sized companies to gain access to new sources of capital (up to $1 million in a 12-month period) without going to the public markets but by using a “funding portal.”

While “crowdfunding” is still a huge question mark in many ways, in terms of its impact on private companies, this piece of the JOBS Act is the most significant. Private companies will be able to tap into a huge market of investors who are not currently available to them and will be able to raise money from individuals who are not “accredited” without going public. This means that investors who have not been considered wealthy enough by the SEC to be designated an accredited investor will now be able to make direct equity investments in private companies.

It would be hard to overstate the implications of this piece of the new law, as it allows small investors new investment opportunities – though not necessarily better ones. Additionally, it gives private companies access to millions of dollars they couldn’t previously tap into. It introduces some risk for a new class of investors, but it is very positive for private companies.

The Future of Fledgling Companies

As long as there is capital available to help businesses expand, from whatever source, it is not necessarily a bad thing that the momentum continues away from public companies. Out of the 27 million businesses in America, most are already privately held, and they drive the lion’s share of economic growth and jobs.

A common mistake among young entrepreneurs is when they think the viability of their fledgling company depends on their ability to intrigue investors and raise capital.

What really separates a good company is the quality of the product – not the money backing the company, which is why I encourage management to spend most of the time discovering how to develop their great idea with limited capital.

Eventually, though, capital can be an integral part of expansion. It allows companies to keep hiring, which is positive for the economy and good for the business, so long as it helps them increase sales and profits.

Companies will always need capital, and investors will always want investments, so as long as there are available avenues for both, the decline in the number of public companies shouldn’t be a big issue. 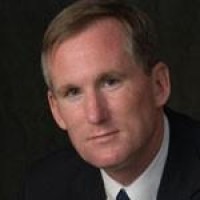