Learn how Luke Richey launched Gravity Jack and why he believes cash is "not" king.

After successfully exiting two prior startups, serial entrepreneur Luke Richey decided to try his hand at an industry that has aimed to get past its own hype – augmented reality.

“You may have heard about augmented reality before. If you haven’t, you’ll be hearing a lot about it from now on, with the smartphone and tablet revolution now in full-swing,” according to TheNextWeb. 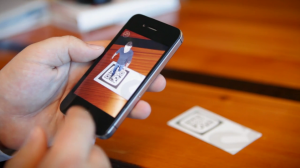 “Augmented reality (AR) is a term used to describe a live view of a physical, real-world environment that is augmented by computer-generated sensory input, such as sound or graphics. A typical AR environment has digital information transposed onto a real-world view. AR is not to be confused with virtual reality (VR), which is an entirely digital experience that mimics real-world situations.”

In 2009 Richey co-founded Gravity Jack, a custom, mobile augmented reality (AR) software for the iPhone, iPad, and Android operating systems. He anticipates that his company will be at the forefront of augmented reality technology development “as smartphone deliveries continue to increase and sales of tablet-computers such as Apple’s iPad explode over the next few years.”

According to Dailyfinance.com, “more businesses will use augmented reality to market their products while entertaining their more tech-savvy customers. As a result, worldwide mobile-computer owners will buy about $1.5 billion worth of augmented-reality applications in 2015, up from less than $2 million last year, U.K.-based Juniper Research said in a recent report.”

Learn how Luke Richey launched Gravity Jack and why he believes cash is “not” king.

I founded Gravity Jack following two successful exits from previous startups, along with prior experience that includes building multiple companies to over $10 million dollars in revenue. I saw the future of AR in 2009 and founded Gravity Jack with four close friends and specialists.

Since starting, in 2009, our company has grown from four to fifty employees.

Today Gravity Jack is an augmented reality (AR) software development company that aims to bring relevant augmented reality technology to the masses. Gravity Jack’s teams of elite developers merge the physical and virtual worlds with 3D, augmented reality content and has created AR marketing campaigns for some of the world’s biggest brands including Bowflex, MySpace, Coca-Cola and others. 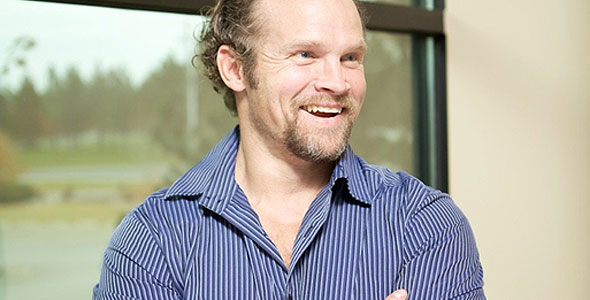