Learn how Jake Bronstein started his men's undergarment company and why startups should pay close attention to the competition.

“The global underwear industry is estimated to be worth over $30 billion, according to industry reports.  “The market encompasses a range of lingerie and intimate clothing, with bras representing over 50% of the overall market, briefs around 33%, and corsetry more than 10%.

While the  underwear “industry faces serious challenges such as the increasing trend of outsourcing production to less expensive countries,” entrepreneur Jake Bronstein decided to take the road less traveled by creating a premium men’s underwear brand that just so happens to be “made in the U.S.A.”

Jake Bronstein, the Founder and CEO of Flint and Tinder suggests that “[his] idea for Flint And Tinder came from underwear shopping at Macy’s – finding out that 99% of all the underwear sold in America is made overseas.”

“There had to be a better answer – one that capitalized on American ingenuity and craftsmanship,” said Bronstein.

Facing competition from a number of major designer labels who are renowned for their underwear collections, Bronstein’s emerging brands seeks to compete and carve out a niche of its very own. “[We have] to make a great product with laser-like focus,” said Bronstein. “We’re going to get really good at making four items, that we get really great pricing on. Ours will be a different beast.”

Learn how Jake Bronstein started his men’s undergarment company and why startups should pay close attention to the competition.

The idea for Flint And Tinder came from underwear shopping at Macy’s – finding out that 99% of all the underwear sold in America is made overseas. There had to be a better answer – one that capitalized on American ingenuity and craftsmanship.

Flint And Tinder’s real start came on Kickstarter in April/May 2012 – where we raised nearly $300,000 in the most successful fashion Kickstarter in history. That was nearly 10 times what we were looking for, a fact that was both a blessing and a curse. We had our first 6,000 customers, but we now had to produce more underwear in a trunkated time frame – something we weren’t exactly prepared for.

Overall, it was a challenge, but we were able to get the orders out and put out a product that we could be proud of. And going through that process accelerated the challenges and growing pains so that we are a better company with a better product now.

Today, Flint And Tinder is a maker of premium men’s underwear – right here in America. We aim to be a man’s favorite pair of underwear. End of story. Products are designed with superior comfort in mind and guaranteed to fit you exactly the way you want them to. Guys can buy with confidence knowing that even after your first wash and dry, you are welcomed to exchange for another size (in most cases, without even having to return the opened boxes) at any time. 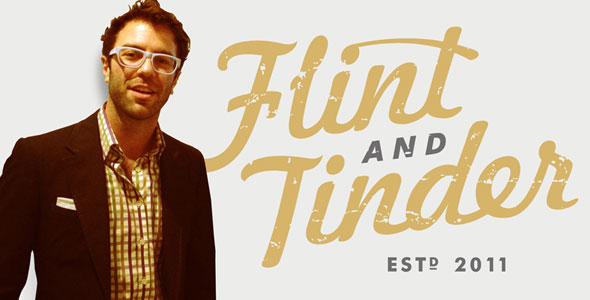