But like any good startup story, success leaves clues. True to form, here are four essential business lessons every entrepreneur can learn from David Karp’s meteoric rise and...

Yahoo recently announced its acquisition of Tumblr for a cool $1.1 billion (May 20, 2013). The microblogging platform, developed in 2006 by David Karp – a young programmer – grew from a two-man operation to a startup with a handful of employees, millions in VC funding and headquarters in New York City. Today, approximately 110 million blogs call Tumbler home, according to the company’s latest reports.

But like any good startup story, success leaves clues. True to form, here are four essential business lessons every entrepreneur can learn from David Karp’s meteoric rise and big payout.

Start wherever you are. Karp started his Web development company in his bedroom at the age of 15. Later an introduction to the founders of UrbanBaby.com led Karp to his post as their CTO – where he then continued to work from his bedroom (Source: PBS.org).

Whether you launch your startup from a dimly lit kitchen table, or chic living room floor; maximize the resources available to you. Most startups don’t require a huge investment in office space.

Today’s office space landscape is vast, with a multitude of coworking spaces, so finding the office space you need (when you are ready) is no longer a barrier to growth. Also, with the rise of companies like PivotDesk, you can easily find a long-term fix by connecting with established companies that have office space to spare. But in the meantime, learn to love the space you’re in.

In 2006 the company that Karp worked for, an online parenting forum called UrbanBaby.com,was acquired by CNET Networks (now CBS Interactive). Karp received several hundred thousand dollars from the acquisition according to media entrepreneur Fred Seibert.  But “instead of going crazy — he bought a car, his only extravagance,” Seibert explained.

Some entrepreneurs attempt to live a lifestyle of the rich and famous too early and poor money management leads to their downfall. Nigerian entrepreneur and founder of the naijapreneur.com blog, Tito Philip explains “Being an entrepreneur means being able to do more with less. The entrepreneur on the path to failure is the one who is extravagant–the habit of being excessively flamboyant, wasteful or spending money irrationally.”

“Spending money is easy. Spending money wisely, is a long learning curve,” according to serial entrepreneur Usman Sheikh. He considers cash flow mismanagement to be one of the main mistakes entrepreneurs make. “Countless times I have seen new startups spend way too extravagantly in the beginning, well before they have any customers. As they progress, further mistakes made in mismanagement of credit terms and sales cycles, put enormous pressure on the company as a whole. Cash flows represent your life line in the world of entrepreneurship. Once it runs out, the end becomes almost inevitable,” Sheikh explains. 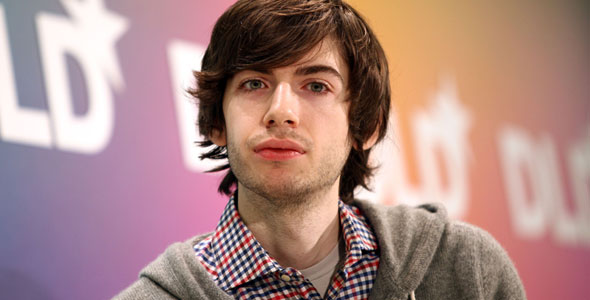