Learn how Jon Crawford bounced back from multiple business setbacks and why he believes the ability to learn is one of the greatest traits an entrepreneur can possess.

I think the fact that we got where we are and we never spent any money on advertising or customer acquisition and that all the growth has been organic and viral; and the fact that we are processing millions of dollars a month in sales, all organically — that’s really exciting.

But it’s the emails that we get from our users on: how they turned their passions into a business and it’s now sustaining them, or that they were able to validate an idea they had and [Storenvy] gave [them] the confidence to go for it and… [without taking] a big risk.

Well, that’s actually impossible to answer because most of the challenges were the biggest challenges.

[For instance], I’ve had the challenge of figuring out how to bootstrap for two years. I’ve had the challenge of getting admitted into the most exclusive technology incubator in Silicon Valley (Y-Combinator) and then getting kicked out on the first day for making a business decision that they didn’t like (which was to ask my co-founders to not participate in the company and stay home).

Having to struggle with that huge setback, along with moving to San Francisco on the promise of participating in an incubator, and being in a city I didn’t know with no foundation [and no] funding. Having to raise a seed round with exactly no experience in that area was also incredibly challenging.

[As I grew Storenvy] having never interviewed or hired people before and building a team [was challenging]; I made so many mistakes. I had to restart the team one time and let everyone go because the company culture wasn’t heading in the right direction and our investors were like, “What’s this guy doing?” But then we rebuilt the team into something really special.

Learning to run a team? My gosh, it’s so complex. I started out trying to build a product; I never even envisioned that I would be managing 13 people, [with plans to expand to] 25 people by the end of this year. As an entrepreneur, your best skill is your ability to learn. You end up being an expert on things you thought you were never even going to touch. So every day has been a huge challenge.

[Entrepreneurs must be] able to learn.

If people are thinking about starting a business or doing something special, just focus on the real impact you [will] have on the world. Do something that really matters because the more value you create, the more valuable you become. Create real value.

Too many people come up with these really great ideas for a product or a website and the concept is really cool, but you [must] boil it down to the core and ask, “does it really improve people’s lives in any way?  Or is it just a neat idea?”

If you focus on making people feel something or somehow [help others change] their lives for the better, you will be incredibly valuable to them. It’s actually about the community and not the product. We make people feel empowered. We make them feel like they are a part of something bigger. We make them feel like we are their friend and we’re there to support them. It’s that feeling of being empowered that is actually a huge reason people use [Storenvy]; it’s not the functions and features, it’s the feeling they get. 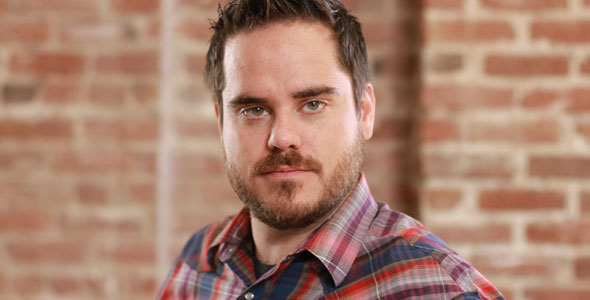