Let me say it, Jeff Bezos buying the Washington Post is a brilliant move and a step forward for innovation in an industry that most had written off...

“The sale on Monday of the 136-year-old Washington Post newspaper for $250 million to Amazon.com founder and CEO Jeff Bezos is the latest wake-up call for print publications amid the changing preferences of increasingly digitally savvy reader-consumers.” – Forbes

Let me say it, Jeff Bezos buying the Washington Post is a brilliant move and a step forward for innovation in an industry that most had written off for dead.

The Washington Post has had an undeniable impact on American history. Whereas the acquisition might have come as a surprise to many, it was no secret that the paper had long struggled to embrace today’s digital landscape and ultimately found itself unable to maintain its relationship to its readers.

Why? His laser focus on the customer experience uniquely qualifies him to introduce a new way of thinking to one of this country’s great institutions. He has the guts and skills to remap the system and help the Washington Post re-establish its connection to readers. He knows how to deliver the things readers want – and the things they didn’t even know they needed – faster than expected for a lower price. And he knows that a physical product – the daily print newspaper or its comparable online property – is nothing if the brand fails to deliver value to the reader.

The most successful media companies today are those that have put renewed energy behind the delivery of quality content and relevant experiences. News Corp, New York Times, Wall Street Journal and other highly successful publications have recognized that a loyal readership is willing to pay for quality content tailored to individual preferences. The secret to success lies in moving beyond simple paywalls and enabling media companies to own, monetize and maintain long-term customer relationships.

The Washington Post built its reputation by providing superb journalism and a world-class service to readers. Sitting at the center of our nation’s capital, it translates the day’s events, helps people to make sense of world affairs, and holds those in power accountable.

Jeff Bezos’ commitment to upholding the values of the Fourth Estate coupled with his commitment to delivering on the promise of a brand experience to end-users make him a perfect choice to lead the Washington Post into the future and just might make him the man to save journalism.

Tien Tzuo, widely recognized as one of the thought leaders in the software-as-a-service industry, founded Zuora in 2007. As Zuora’s CEO, Tzuo has not only built one of the fastest growing SaaS companies, he’s also evangelized the shift to subscription based business models and the complex billing structures they inherit, coining the phrase Subscription Economy.

Tzuo holds a bachelor’s degree in electrical engineering from Cornell University and a master’s in business administration from the Stanford Graduate School of Business. He was named CMO of the Year Finalist by the CMO Council and BusinessWeek Magazine while at salesforce.com and is on DestinationCRM’s Who’s Who in CRM list. He is on the Board of Directors for both Radian6 and Network for Good. 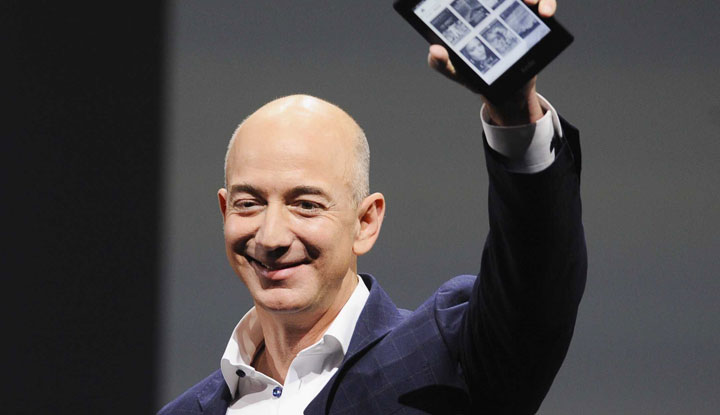