In Business Preparation Is Essential, But Perspective Is Everything

In business, you learn the world is not rational or fair. So, we have to be both—as much as we can—if we want the world to be a...

Recently, I re-watched the movie Good Will Hunting and this time I was really struck by the scene where Will Hunting, a twenty-something with a genius-level IQ (who chose to work as a janitor at MIT), begins to realize that all of the troubling things that have happened to him are not his fault.

I wish I could share this scene with every investor who has put their entire future on the line and every entrepreneur who has sacrificed everything to follow a dream. It’s a reminder that disasters are going to happen in business.

It is not your fault, but you are probably going to beat yourself up about not preparing well enough for every contingency.

Preparation is an essential business skill, but perspective will save your life.

This was certainly true when I was working on Wall Street. Each day was like a pressure cooker. The strain is just enormous given the volume of money on the line—every second. Fortunes are made and lost in a heartbeat. More often, they are made or lost during the silence where a heartbeat should be.

At the time, my brother gave me some invaluable advice that would go way beyond management tips or principles of entrepreneurship. He said:

“Don’t beat yourself up if the outcome isn’t how you envisioned it. Often we work hard and do everything by the book, but others just cannot appreciate the effort. This may be because they have just had a bad day or they too are under some kind of pressure that has nothing to do with you. The fact is, you will probably never know the real reason why people respond the way they do.”

I could relate. I never knew what the day held with my managing director. He would often have these enormous mood swings. Sometimes, he would trash a solid effort on my part or later he might praise something that was, at best, mediocre.

I didn’t know at the time, but I later discovered he was on pills for his back pain the entire time. He was simply dealing with the world as he found it, which shifted along with his waves of physical pain.

Dealing with him on a daily basis, I quickly learned that even the smartest people aren’t always rational. You might be surprised to learn that you don’t always act rationally yourself. If you don’t find a way to come to terms with the volatility of the world, in life and business, it’s going to drive you crazy.

Rationality and Fairness in Business

In business, you learn the world is not rational or fair. So, we have to be both—as much as we can—if we want the world to be a better place. You may not always get the outcome you deserve for your efforts. “Fair enough,” as they say. That doesn’t mean you need to worry about the future or obsess over the past.

I’m sure there have been times when you may have been underprepared for a pitch meeting or a sales presentation, but still received very favorable reviews. That doesn’t mean you snowed anyone or that his or her judgment was impaired. It may just mean that the investor was having a good day and was fully aware of all the work you put in, overall.

Do the right thing. Learn to let go. Stay focused. The Stoic philosopher-king Marcus Aurelius, who knew a great deal first-hand about suffering and loss, unfairness and irrational behavior, put it in this perspective:

“If you are pained by external things, it is not they that disturb you, but your own judgment of them. And it is in your power to wipe out that judgment now.”

Sohin Shah is an entrepreneur and one of the early adopters of crowdfunding. He successfully crowdfunded Valuation App from 57 backers in 2012 and went on to start iFunding which is now one of the leading real estate crowdfunding platforms in the world. He is extremely passionate about entrepreneurship and loves discussing new ideas. Connect with @SohinShah1 on Twitter. 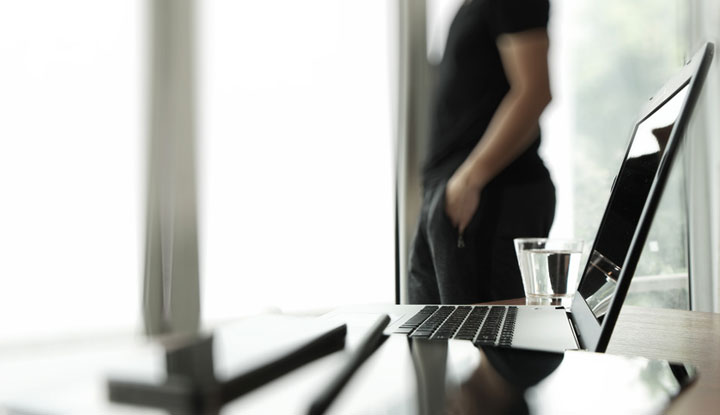