Women are quickly becoming formidable powerhouses in business. So, if you feel ready to do your own thing, it’s never been a better time to be a female...

There has never been a better time to start a business, and this certainly rings true if you’re a woman. More than ever before women are not only starting companies, but leading them to greatness and profitability.

Even Kevin O’leary, king of the sharks in ABC’s Shark’s Tank, has echoed the trend saying, “Not some of the companies — but all of the companies — that returned my capital and were winners, were run by women. Not some. All of them.”

Where once there were glass ceilings preventing women from reaching the highest arcs of business, today women have busted through the glass and are building businesses that do away with imposed ceilings, completely.

For example, from 1999 to 2009, the number of self-employed Canadian women grew by 13 percent compared with 10 percent for men; which is attributed to women wanting more control over their future. Meanwhile, in the U.S., reports estimate that, as of 2014, there are nearly 9.1 million women-owned enterprises, employing nearly 7.9 million workers and generating over $1.4 trillion in revenues.

As opposed to standing by and waiting for a promotion, women are investing in their ideas and bringing them to market themselves.

As entrepreneur Jennifer Berson, founder of LA-based Jeneration PR, explains: “Definitely looking back on the path I was on, being a lawyer, I realize looking around that there wasn’t a role model that I could look up to and say, ‘Okay, that woman has everything that I want. She’s a partner in a law firm. She’s a wife and a mother, and sees her children, goes to their sporting events, picks them up from school and she’s PTA president. That’s what I want.’ I just looked around and I didn’t see that. I felt like the path wasn’t right for me and I wouldn’t ever get where I wanted to go if I went down that path.”

Many women in male dominated corporate structures find the prospect of starting a family a daunting one. Having to remove themselves from the industry to start a family is often perceived as a weakness; and the fear is that their absence will be used against them when they return to ascend the corporate ladder.

Yet, many women have the luxury of rewriting the rules of work, life and family balance – and not at the expense of financial independence and business growth.

Where women once feared repercussion for their desire for children, now we see female led companies thriving and paving the way for women with children in the workforce.

Mompreneur Sai de Silva recalls her entrepreneurial journey and later how her passion projects evolved to include her daughter, London Scout. “I … launched a social media marketing company that took off instantaneously which needed zero capital to launch,” de Silva recalls.

“I helped small fashion related businesses get to where they wanted to be. A few months later, I launched STC (Scout the City) on the side as a creative outlet and digital diary dedicated to my daughter and children’s fashion” (Source: HeyMama).

There is a saying that there are no tears in the boardroom, but this was surely coined by a man. In today’s corporate culture female intuition is weaved throughout the rational and reasoning that typifies business; as a means of creating an environment that promotes understanding and empathy.

It was once thought that compassion, as a means of guiding a company, was weak and ill-fated, but we now know that employees are happier and function at higher levels when they believe their employer cares. Women are naturally nurturing and this extends to the boardroom.

Meanwhile, starting a business requires that entrepreneurs wear many hats, often at the same time. As women, our natural ability to juggle priorities benefits a startup. Studies indicate, “both sexes struggled to cope with juggling priorities, but men suffered more on average, according to the paper in the journal BMC Psychology” (BBC).

Women are quickly becoming formidable powerhouses in business. So, if you feel ready to do your own thing, it’s never been a better time to be a female entrepreneur.

Bianca Osbourne is a professional chef, certified holistic nutritionist, wellness business coach and founder of The Vitality Kitchen, where she inspires vitality through food and helps aspiring wellness business entrepreneurs thrive in business and in life. Connect with @VitalityKitch on Twitter. 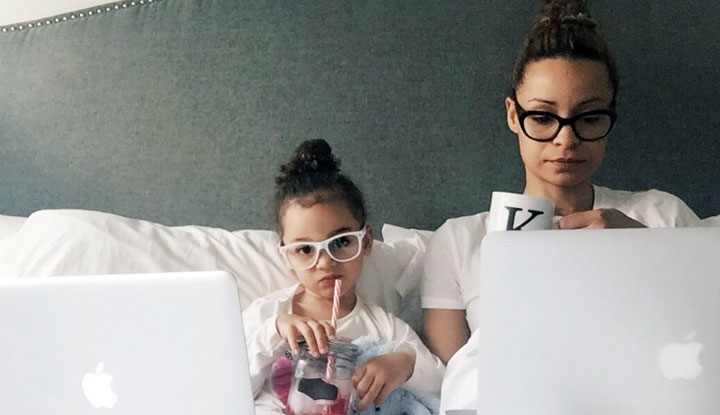