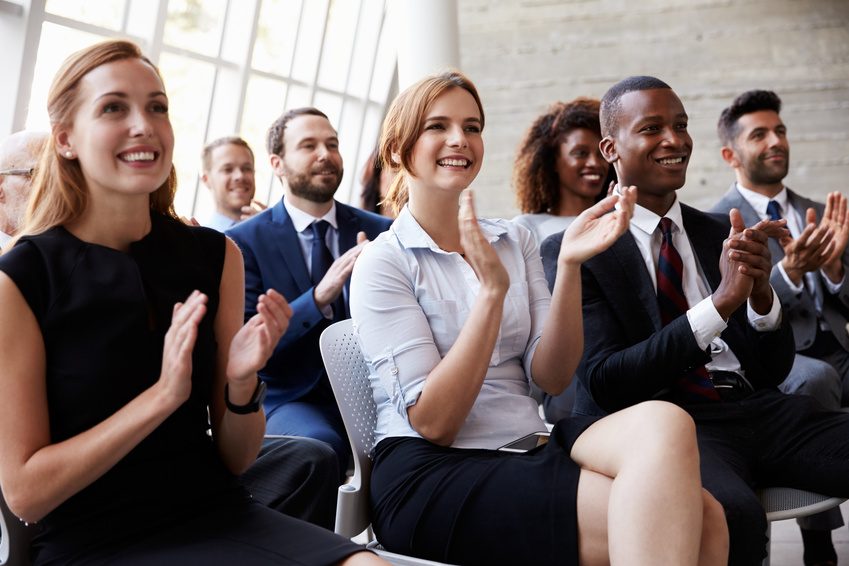 Learn how to speak with more clarity and confidence with six public speaking tips to help you succeed as a public speaker.

No doubt you’ve got a good message – maybe even a great message. But that doesn’t matter much if the way you’re saying it isn’t honed. People are superficial that way. Fortunately, public speaking is something we can learn. We just need to know what to focus on and then practice, practice, practice.

Yes, I know. Public speaking is very frightening. We’ve all heard that statistic that suggests many people are more scared of public speaking than death.

However, it’s so useful! For example, you can use public speaking to boost your brand, your company, and your stance on specific issues. To not even mention how amazing it feels when you get it right and everybody loves you. Oh, the adulation!

So if you’d like to experience what it feels like to speak with more clarity and confidence, here are 6 public speaking tips to help you control the fear and succeed as a speaker.

One of the problems that a lot of educated people encounter with public speaking is that they think if they use enough big words, people will think they know what they’re talking about. As it turns out that isn’t true.

People think that when you use big words you’re trying to hide behind them, thereby making your arguments actually appear weaker than they are. Who would have thought?

This doesn’t mean you can’t occasionally use big words. Sometimes they’re just more precise than their smaller cousins. The thing is when you do feel the need to use big words, define them! Otherwise, your audience will end up exasperated, or annoyed, with what you’re saying.

A lot of people will talk so quickly their tongue runs ahead of their minds. Then, when they no longer know what to say and their brain needs a moment to catch up, they throw in this big ‘”uhhhh”. That isn’t necessary at all!

Instead, speak more slowly. That way your mind and your lips can stay in synch and you can avoid those big sounds that really do nothing to enhance your speech, but certainly make people doubt your intelligence.

Note that when you do this you might feel like you’re speaking too slowly. That is rarely true. After all, your audience isn’t just listening to what you’re saying, their minds are also shooting off this way and that way as they consider the implications of your words, that strange email they got last night, and wonder what’s for lunch.

By speaking more slowly you’re giving them time to come back to the conversation before you’ve gone so far ahead that they can’t figure out how to get to where you’ve gone from where they left you.

If you can write well, then you’ll find that speaking more clearly becomes easier. This is because when you write a lot you’re constantly using your vocabulary, sentence structures, and arguments, which then become second nature to you. Then you don’t have to spend your time paying attention to them, but can instead worry about the structure of your actual presentation and avoid mistakes.

4. You’re not an airplane

So don’t wave your hands around like one. Instead, imagine a box that runs from your chin to your navel and from shoulder to shoulder. Keep your hands in that space at all time. If you can do that, you won’t look like you’re trying to direct a marching band.

This is very important! Because however well you might talk, if you’re waving around your arms it won’t matter! People will be wondering what you’re doing (and if you’re quite possibly slightly insane) and that will completely distract them from whatever you’re saying.

If you’re writing, you can often put one argument inside another as your audience will be able to look back and re-examine the beginning of your sentence in case they lose track of what you’re trying to say. That isn’t possible when you’re speaking.

So don’t nestle one idea inside another inside another. Instead, use short sentences and finish one thought before you start the next. That way you won’t lose your audience. And that has to be a key point of a good talk, right?

Remember that what you’re saying isn’t that important and that most people will have forgotten about it 10 minutes after they’ve walked out of the room. That sounds horrible, right?

It shouldn’t because it means that even if you completely bomb while you’re on stage most people won’t notice! And even if they do, they’ll have moved on in their thoughts when whoever is speaking next gets up there, they check their email or somebody asks them who that blond in the third row is.

You are peripheral to most people’s lives and unless you do an absolutely outstanding job or walk onto a stage without any pants on, you’ll probably stay that way. And as most of us can remember our pants, all we have to worry about is becoming outstanding. Now who’s afraid of that?

Diana Beyer is experienced and self-driven media expert who is passionate about writing. Her purpose is to share values amid those interested. She is always seeking to discover new ways for personal and professional growth. Connect with @Diana_Beyer_ on Twitter. 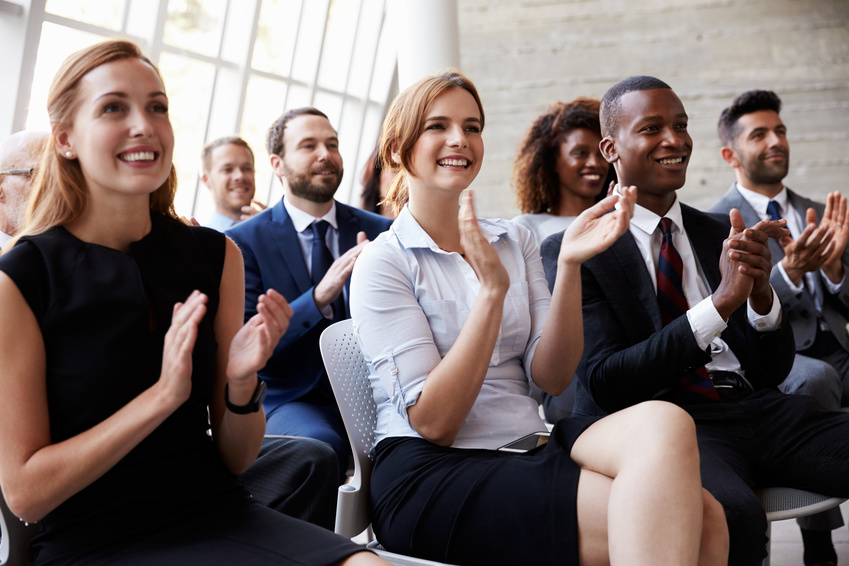