There’s No Such Thing As A Social Entrepreneur

While I respect those who champion honorable causes, the only way to advance society is for all of us to do what we can do best.

Probably the second trendiest thing to call yourself — besides an entrepreneur — is a social entrepreneur.

Many schools, competitions, programs, etc. are popping up around the nation promoting social entrepreneurship as a discipline and espousing the beauty of its ideals to the “do-good” arm of today’s millennial population.

The only problem is that there is no such thing as social entrepreneurship.

“Those seeking to ‘professionalize’ the charity sector have succeeded in creating a world where organizations that exist to serve public benefit, have instead got lost in their own proprietary ego. The idea of success has become based on how big you can grow your company (charity!) when it should be how far you can spread your ideas.” (Forbes)

Entrepreneurship is the discipline of creating value in society. Whether that value stems from connecting the world and increasing communication via Snapchat or creating the cure for polio, these pioneers of innovation are all entrepreneurs.

‘Do good’ labels marginalize the ecosystem at large

When the Nepal Earthquake first struck and countries, companies, non-profits, etc. rushed to gather money and resources for the victims, it was Facebook that raised more money than any other organization.

The Facebook community pooled $15 million for the relief, while the second best was the U.S. government at $10 million.   Some may claim the donation branch of Facebook is a social venture even if the larger platform is not.

I believe we can all acknowledge the reason Facebook raised this money stems from them being an enormous platform and other outlets such as Go Fund Me, the Red Cross, and any other avenue of raising money, was not even remotely as successful because they do not have an exponential user base.

Even more so, consider the inventor of the storage battery and non-spill battery cap, Walter Lawrence Gill. These two inventions may mean nothing to most people and likely do not cross many people’s minds, but without them planes would be unable to make long distance flights or bank turns. Where would society be at today without planes that can fly effective distances and turn

Think of how little humanitarian resources would be available for rural areas of the world, how unconnected people would be, how drastically different business would be.

I can acknowledge that some businesses may do slightly more influential things than say Yo or Yik Yak, but at the end of the day value creation is value creation and whether that value lies in consumer tech, medical devices, hardware, etc. does not matter because a rising tide raises all boats.

Furthermore, many do not understand just how much social entrepreneurship skews the “do-good” landscape. The top social venture in the market today is Project Red, the brainchild of U2 frontman Bono and others.

Project Red is responsible for the (red) products, such as the “inspi(red)” red iPod. This business model circles around creating a huge brand power behind (red) that makes companies want to pay a fee plus give a commission of sales in exchange for using the (red) brand to make them seem more socially responsible.

All proceeds of Project Red go towards the fight to end HIV/AIDS.   Overall it seems like Project Red is doing some great things for the world right? Wrong.

(Red) products have seen over $100 million spent on advertising while only raising about $18 million for the cause. Project Red has also received criticisms surrounding the percentage of donations spent on management expenses that will never actually go towards helping HIV/AIDS patients.

Perhaps the biggest flaw in this venture however is that it has made it trendy to support HIV/AIDS via purchasing (red) products and so the amount of money going towards HIV/AIDS in Africa has skyrocketed and other diseases and problems in the continent have been left without support, despite having massively larger negative impacts on the societies of Africa.

Project Red understands the natural self-interest of society, but unfortunately tapping into this interest degrades the purity the brand aims to sell.

While I respect those who champion honorable causes, the only way to advance society is for all of us to do what we can do best.

George Beall is a student at the Wharton School of the University of Pennsylvania. He has a deep admiration for true innovation and has been involved in multiple in technology startups. He is currently on the founding team of Everipedia and an angel investor in Waves Inc. In his spare time he enjoys horseback riding, discovering upcoming music, and binge watching Netflix. Connect with @GeorgePBeall on Twitter. 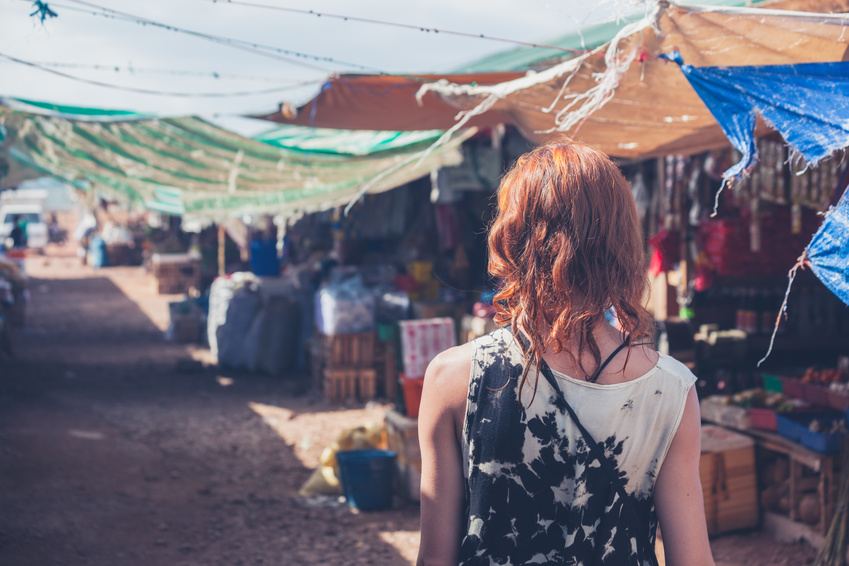