What Every Startup Should Know About Non-Disclosure Agreements

NDAs can play a critical role in the development of your idea. But it is important to be intelligent and thoughtful about how you use NDAs.

At times, overly eager and anxious first-time entrepreneurs are quick to pull out a non-disclosure agreement (NDA) before discussing their ideas, even with potential investors.

While an NDA is a common legal document that protects confidential information, it is often misunderstood in its use.

An NDA request can backfire and turn off some key partners, like investors for example. “In short — investors don’t sign NDAs. They won’t sign your NDA. Asking them to will make you look like you don’t know what you’re doing, and there are a few reasons for that,” says Forbes contributor Will Schroter.

Non-disclosure agreements can play a critical role in the development of your idea. But it is important to be intelligent and thoughtful about how you use NDAs.

More importantly, understand when it is deemed necessary (i.e. vetting contract manufacturers, suppliers, freelancers, employees, etc.) and when it’s not.

Rather than make everyone sign an NDA to lessen your anxieties, consider its purpose and best use.

1. Don’t be overzealous about NDAs

One of the best ways to turn off an experienced investor is to ask them to sign a non-disclosure agreement before an initial meeting. Investors consider this a red flag. Additionally, many investors cannot sign an NDA because they need to discuss funding options with peers before making a decision.

In many cases, an NDA presented for an initial meeting is both unnecessary and inappropriate. It will only hinders one’s ability to discuss potential investments.  Rather than using NDAs to protect the basic concept behind your brand, the details and execution are what you need to protect (not the basic function and goal).

If you’re worried about a potential investor stealing your idea, vet them first through referrals and other entrepreneurs to gain peace of mind.

2. Consider the details of your NDA

Think carefully about the provisions and details.   What goes into your NDA is critical in order to protect your company as you facilitate business transactions.

An NDA should include essential provisions. Additional details can include the duration of the term, explicit identification of who will be privy to the confidential information, what kind of information needs to be protected and to what level, etc.

This detailed approach is similar to a secondment agreement, where an employee is temporarily assigned to work for another business or a different part of your business.

Enforcing an NDA can become expensive. If you want to prove that someone violated your NDA, you will need to gather evidence and consult an attorney.

Your NDA should include a clause that defines the responsibility of legal fees. Furthermore, “it’s best to have a mutually agreeable clause that clearly defines who will be responsible for legal fees should a suit be filed. Even if that means clarifying that each party will be responsible for their own fees, regardless of the outcome. The point is to have that discussion up front and make sure everybody is on the same page.”

An NDA is a valuable and critical tool to protect your ideas. Take steps to consider how you will enforce the NDA and what information truly needs to be protected before you ask anyone to sign any documents.

Simon Crompton is a freelance journalist and entrepreneur running several online businesses including his marketing firm, Threecolors.blue. Simon spends the majority of his time blogging about business startups and consulting on web development. He has launched multiple online companies. He is also a dedicated follower of fashion, and has written for the Financial Times and GQ. Connect with @PermanentStle on Twitter. 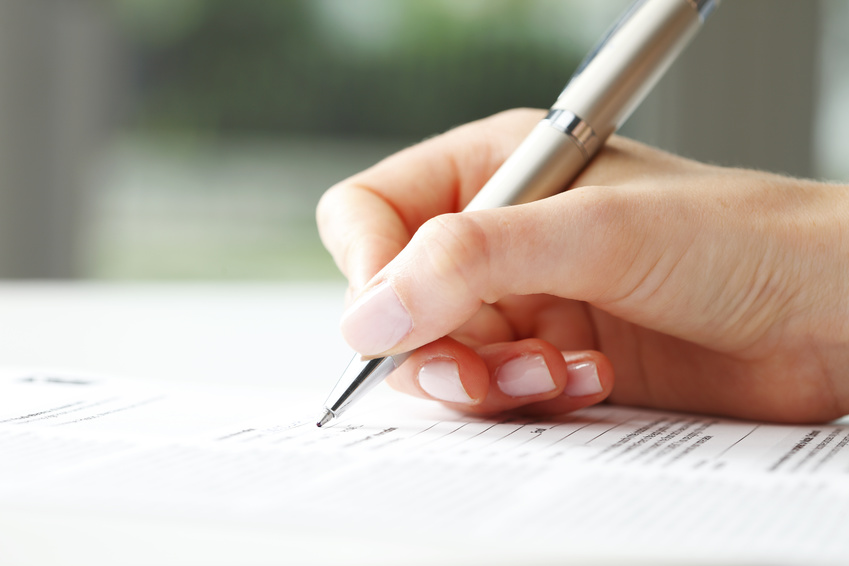