Will You Be The Leader Of The Pack?

It never occurred to me before that the front runner in a cross country race has one added bit of responsibility, especially for the leader of the pack.

I run, but not very fast.

Drop me into a 5K race and you can pretty much set your watch by my 10-minute mile. My children, on the other hand, are rather speedy.

Our youngest child Jonathan, for example, runs cross country as a high school junior. He’s solidly in the top seven or eight among his 40+ teammates. As a practical matter, that means during a race with one (or more) other teams, he finishes in the front third or so of the overall pack. And so that’s where we’re used to finding him.

The regular season is over. Now, the kids are competing in much bigger, league-wide meets with many schools involved. Here, when the varsity squad runs, each team is only permitted to race its top seven runners.

As runner number eight, Jon got pushed down to junior varsity. When the gun went off, he shot out in front of 140 other kids.   It took me by surprise. As in, “Is that Jon out in front?!”

He was leading at the one-mile mark, when they circled back around. And then again at the halfway point.   With 300 yards to go, and as the pack came over the far hill and back into view again, Jon was in the lead. And so he remained, right across the finish line.

Leader of the pack

Wow! Very exciting. I had never actually seen him win a race, especially not one that big. Which is why it never occurred to me before that the front runner in a cross country race has one added bit of responsibility.

Not only do you have to run faster than everybody else; you have to decide where to run next while you’re in the middle of doing it.   There are no lanes or lines in a cross country race. There’s not even a track – it’s just a big open-air course over natural dirt or grass terrain.

The only navigation you have is an occasional set of orange cones, vague knowledge on how the course is laid out and – if you’re anybody but the leader – people in front of you whom you can follow.

Your business works in the same way.

The first option is mentally easier. You don’t have to think a lot since those who’ve gone before have already revealed the path.

Option number two, on the other hand, is risky. You could take a wrong turn. You could run off a cliff. You could be eaten by badgers (unlikely).

And, since you’re out in front, alone and away from the anonymity of the pack, all eyes are on you. One stumble here and there’s no place to hide.

So which path is better?

I don’t know for sure, but here’s how I look at it: You can’t win from the middle of the pack. The only way to come in first is to get out in the scary front and take some chances.

Here’s the bottom line. I’m all for “best practices” — it makes sense to know what’s worked before. But if that’s the extent of the creativity and innovation you bring to your business, you had better get used to running with a lot of people around you.

Michael Katz is the founder and Chief Penguin of Blue Penguin Development. He specializes in developing email newsletters for professional service firms. Sign up for his free newsletter, The Likeable Expert Gazette, here. Connect with @MichaelJKatz on Twitter. 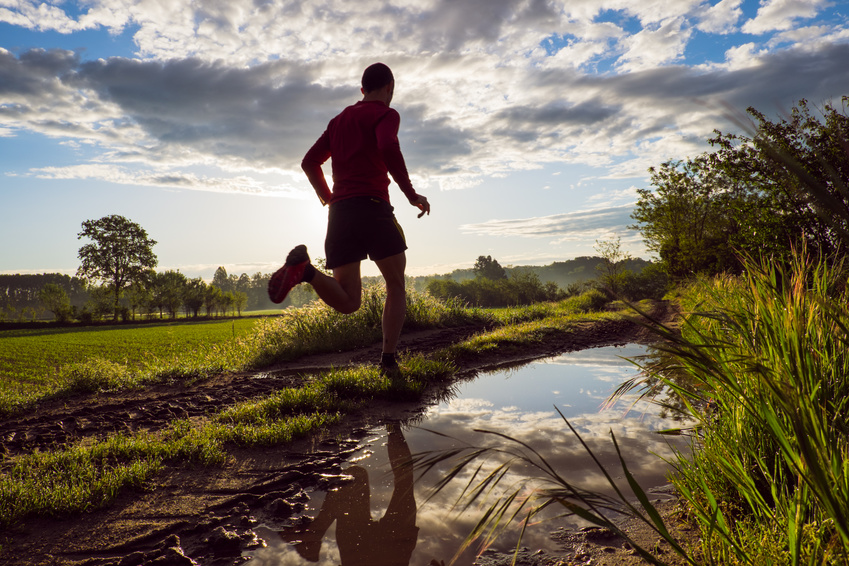