YFS Magazine highlights works that shed light on the multifaceted experience of African-Americans in America.

In 1926, historian Carter G. Woodson had an excellent proposal: designate the second week of February as Negro History Week, dedicated to celebrating the accomplishments of African-Americans and educating young people about the countless contributions black people have made to society.

This celebration takes places each year in February––observed in the U.S., Canada, United Kingdom, Germany and the Netherlands. And while the cultural landscape as it pertains to race has significantly shifted in many right directions since 1926, this acknowledgment is still imperative.

“Black History Month is for all of us. To dismiss it is to ignore a crucial part of the American story,” says Chi Chi Okwu in Darling magazine. “We have to complete the American narrative by making sure we include the history of the native people, black people and all other minority groups whose powerful stories often remain untold.”

It’s currently Black History Month, and while there’s no reason not to read great works by black authors or about African-American history year-round, there’s also no better time to discuss our current favorites. Against insurmountable odds, African-Americans have enriched the country with strides in academia, art, politics, fashion, medicine—every single aspect of our society and culture.

“It is the past that makes the present coherent.”James Baldwin

From an exploration of black wealth at the turn of the 20th century to stunning images from black history that have long been buried in The New York Times archives, ahead, YFS Magazine highlights works that shed light on the multifaceted experience of African-Americans in America.

Black Fortunes: The Story of the First Six African Americans Who Survived Slavery and Became Millionaires

The astonishing story of six black entrepreneurs who defied the odds to escape slavery and overcome a racist social order to become self-made millionaires at the turn of the 20th century.

Black: A Celebration of a Culture 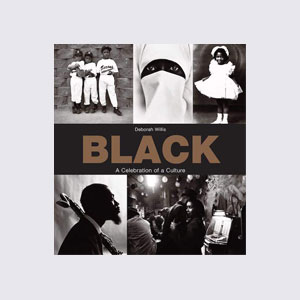 A vibrant panorama of twentieth-century black culture in America and around the world. Each photograph, handpicked by Deborah Willis, America’s leading historian of African American photography, celebrates the world of music, art, fashion, sports, family, worship, or play. From Jessie Owens to Barry Bonds, Ella Fitzgerald to Halle Berry, Black: A Celebration of a Culture is joyous and inspiring.

How to Slay: Inspiration from the Queens and Kings of Black Style

Award-winning journalist and author Constance C. R. White showcases some of the most celebrated elements of African-American style and beauty. Complete with gorgeous photos, this influential volume covers iconic looks from Pat Evans and Pharrel Williams to Beyoncé and Diana Ross. 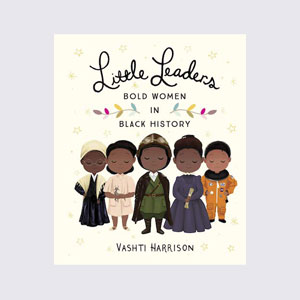 A spotlight on 40 notable black women throughout history, this adorably illustrated book is enjoyable for kids and adults alike.

Hundreds of stunning images from black history have long been buried in The New York Times archives. None of them were published by The Times-until now. UNSEEN uncovers these never-before published photographs and tells the extraordinary stories behind them. Among them: a 27-year-old Jesse Jackson leading an anti-discrimination rally in Chicago, Rosa Parks arriving at a Montgomery Courthouse in Alabama, a candid behind-the-scenes shot of Aretha Franklin backstage at the Apollo Theater, Ralph Ellison on the streets of his Manhattan neighborhood, the firebombed home of Malcolm X, and more.

The Warmth of Other Suns: The Epic Story of America’s Great Migration 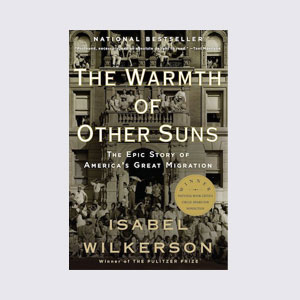 In this epic, beautifully written masterwork, Pulitzer Prize–winning author Isabel Wilkerson chronicles one of the great untold stories of American history: the decades-long migration of black citizens who fled the South for northern and western cities, in search of a better life. Both a riveting microcosm and a major assessment, The Warmth of Other Suns is a bold and riveting work, a superb account of an “unrecognized immigration” within America.

Black Titan: A.G. Gaston and the Making of a Black American Millionaire

The grandson of slaves, born into poverty in 1892 in the Deep South, A. G. Gaston died more than a century later with a fortune worth well over $130 million and a business empire spanning communications, real estate, and insurance. Gaston was, by any measure, a heroic figure whose wealth and influence bore comparison to J. P. Morgan and Andrew Carnegie. Here, for the first time, the story of an extraordinary pioneer is told by his niece and grandniece, the award-winning television journalist Carol Jenkins and her daughter Elizabeth Gardner Hines.

Between the World and Me 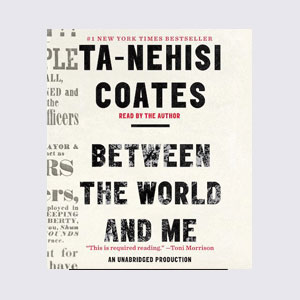 Hailed by Toni Morrison as “required reading,” a bold and personal literary exploration of America’s racial history by “the single best writer on the subject of race in the United States” (The New York Observer), Ta-Nehisi Coates’s shares with his son—and readers—the story of his awakening to the truth about his place in the world through a series of revelatory experiences. In his personal narrative, Coates illuminates the past, confronts our present, and offers a transcendent vision for a way forward.

In a life filled with meaning and accomplishment, Michelle Obama has emerged as one of the most iconic and compelling women of our era. As First Lady of the United States of America—the first African American to serve in that role—she helped create the most welcoming and inclusive White House in history. In her memoir, Michelle Obama invites readers into her world, chronicling the experiences that shaped her, triumphs and disappointments, both public and private––telling her story as she has lived it.

Hidden Figures: The American Dream and the Untold Story of the Black Women Mathematicians Who Helped Win the Space Race 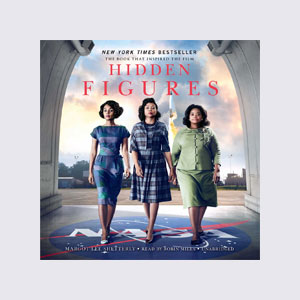 This is the phenomenal true story of the black female mathematicians at NASA whose calculations helped fuel some of America’s greatest achievements in space–later released as a major motion picture. Before John Glenn orbited the earth, or Neil Armstrong walked on the moon, a group of dedicated female mathematicians known as “human computers” used pencils, slide rules and adding machines to calculate the numbers that would launch rockets, and astronauts, into space. 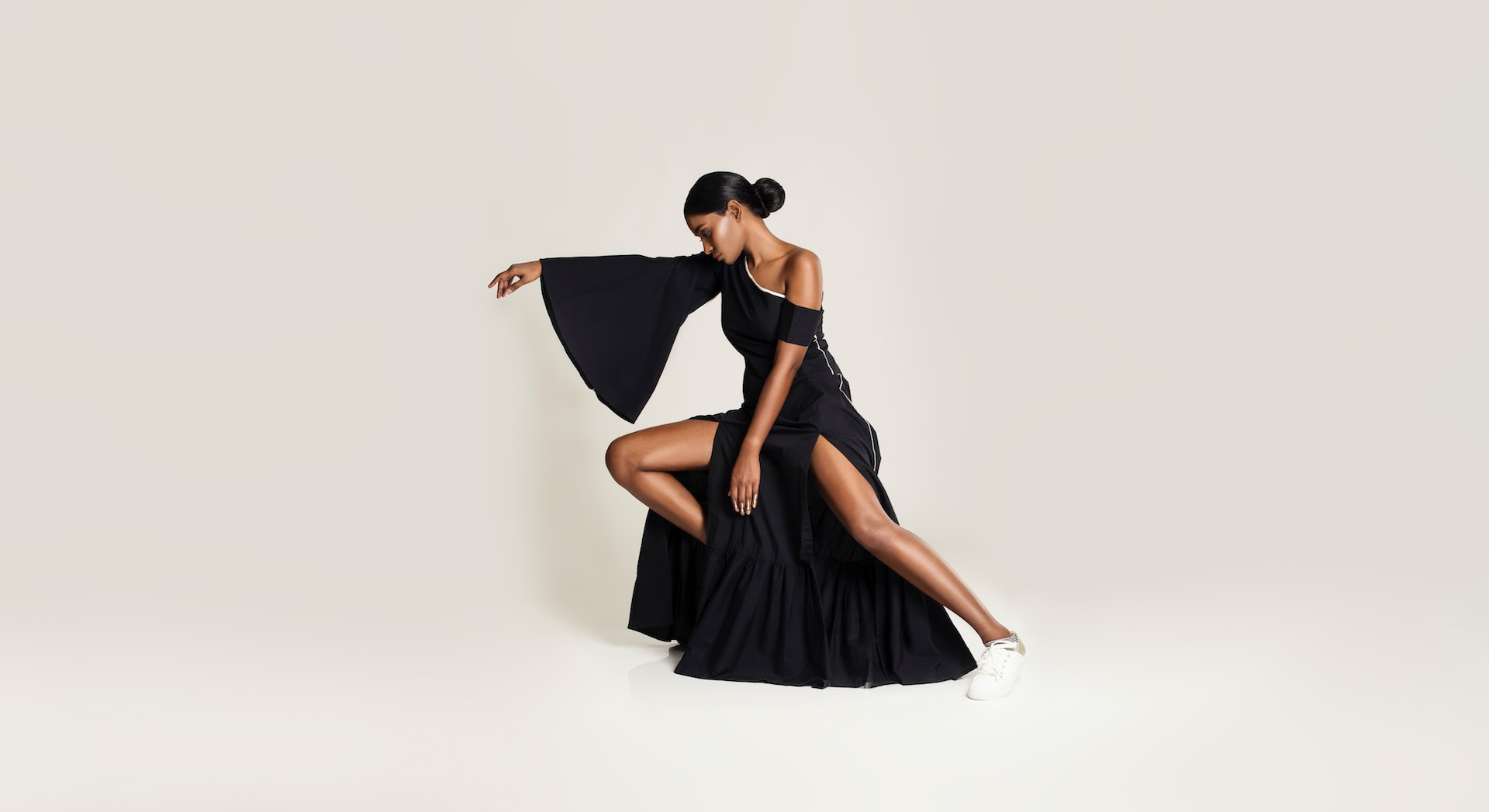