The online classifieds market is quite complex and lucrative. Over 10 years ago, Jakob Nielsen, the guru of Web page “usability” predicted the rise and fall of the...

The online classifieds market is quite complex and lucrative. Over 10 years ago, Jakob Nielsen, the guru of Web page “usability” predicted the rise and fall of the Newspaper Print medium and the widespread proliferation of the online ad marketplace. Nielsen was very optimistic for the prospects of Web-based classifieds given that specific attributes made them well-suited for the Web including: searching and sorting, time sensitivity, user initiated entries and multimedia features that offer additional information before completing a transaction.*

The Online classifieds industry can, by nature, remain stagnate and the opportunity for innovation is quite sizable. According to Nielsen,

The nature of classified advertising tends to support increasing returns: most potential buyers will go to the largest site first because it will have the most relevant things advertised for them to buy. Sellers will want to advertise on this site because they will get the most buyers.

The Founders behind OLX.com, Fabrice Grinda and Alec Oxendford, capitalized on a growing local market and disseminated it globally. OLX.com took advantage of a growing market need – building the Craigslist 2.0 of the world. Fabrice discusses “Classifieds 2.0”, the pull of innovation and the power of stick-ability.

How We Got Started: We noticed that the classifieds market was a $100 billion market rapidly transitioning from print to online. That transition was already well under way in the US and Europe but had barely begun in the rest of the world. Moreover, we felt that incumbent classified sites like Craigslist were resting on their laurels and were not improving their sites. We built OLX to be a Craigslist 2.0 for the world. Alec and I had sold our previous companies to fund the seed money to get going. We created the site in March 2006 and were off and running!

Best Success Story: In the last 4 years we deployed OLX in over 90 countries and 40 languages. We now have over 150 employees in New York, Buenos Aires, Sao Paulo, Delhi, Moscow and Beijing. The site has over 140 million unique visitors per month making OLX one of the top 50 sites in the world in terms of reach.

Biggest Startup Challenge: In the case of OLX and all marketplace businesses the key success factor is having a critical mass of buyers and sellers. At the beginning the site has neither creating a chicken and egg problem. We addressed the problem through a combination of marketing, PR and partnerships.

#1 Tips for Newbies: My top recommendation for entrepreneurs is to just do it. Throw it on the wall and see if it sticks. You will be surprised by what works. Fast iteration beats thinking through the “best” strategy every time. 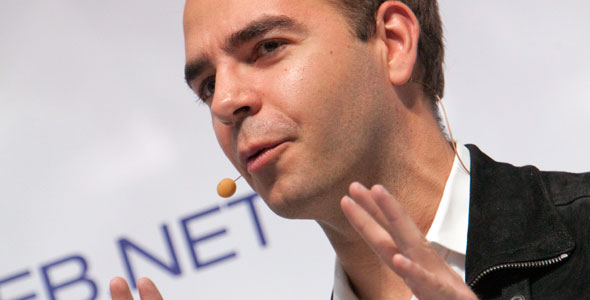