Thanks to entrepreneurs like Andrew Mason (Groupon), Mark Zuckerberg (Facebook), Jack Dorsey (Twitter) and others, it has never been cooler to create a startup. But at what point does the startup simply become just like any other company? At what point does your innovative, young and revolutionary startup lose its “startup” status?

When a Startup, Is No Longer a Startup?

Thanks to entrepreneurs like Andrew Mason (Groupon), Mark Zuckerberg (Facebook), Jack Dorsey (Twitter) and others, it has never been cooler to create a startup. But at what point...

Thanks to entrepreneurs like Andrew Mason (Groupon), Mark Zuckerberg (Facebook), Jack Dorsey (Twitter) and others, it has never been cooler to create a startup. The potential for exponential growth, VC funding and of course the exits via acquisition, IPO or other sort makes the dream of the startup so attractive.

Poster Boys of the Big Startup

Arguably, the current poster boys of the “big startup” title are Facebook, Groupon, Twitter, LivingSocial, Foursquare, LinkedIn, along with a list of other companies who seem to consume the headlines of tech blogs every day.

However, when you take a deeper look into these companies, you begin to ask: what makes these companies startups? What metrics matter to retain this sacred status? Is it the years since launch, number of employees, product stage, revenues, or is it the number of shareholders within the company?

Facebook has over 1,000 employees and is over 7 years old. Groupon and Twitter have raised over $1.1 billion and $360 million in funding, respectively. LinkedIn launched in 2003, which, for all practical purposes, can be considered born out of the last big internet era. However, for some reason, many of these companies are still considered startups. Why?

What metrics matter to retain this sacred status? Is it the years since launch, number of employees, product stage, revenues, or is it the number of shareholders within the company?

The DNA of a Startup

As trivial of an argument as this may appear, I think that if we are all going to live, work and report about this sector, there should be some consensus within our industry dialogue. Therefore, I figured it necessary to ask someone who already has an in depth grasp of the startup industry, in addition to someone who has been on various sides of a startup.

I reached out to Adam D’Augelli, an associate at True Ventures, a San Francisco venture capital firm, to provide further insight into this discussion. Adam states that a company is a startup until it finds product / market fit and has begun to scale. “Until that happens, a company is exceptionally nimble – small engineering team – hacking away trying to solve a problem,” says D’Augelli.

Once the company starts to scale and the model works – the company begins to have a more bureaucratic structure which results in processes that inherently make it less startup like.

When considering his statements, this makes complete sense. Being a startup is more about company culture, employee interactions, extremely casual work environments and sincere customer service, in my opinion.

When questioned about the point before a startup typically begins forming bureaucratic processes, D’Augelli said, “Tactically, a startup usually looks like a team of less than 50 and pre-Series C. But there will be a ton of exceptions to this rule.”

Rock Any Label You Want

To give some historical context, back in the early days of the Internet, any new company, before it was acquired or went public, was viewed as a startup. But to be honest, it really boils down to a debate on word choice. If a startup retains its identity through exponential growth, why shouldn’t it be considered a startup, even if it has raised buckets of funding.

Adam agrees. “At the end of the day, it’s all just semantics – a company can really rock any label it wants.” With that being said, I say to Groupon, Twitter and others — continue to represent the startup world well, as you already have. As long as you provide value to your consumers feel free to define yourself as whatever you want.

What do you think? Share your opinions in the comment section below. Did you enjoy this article? If so, subscribe to YFS Magazine and never miss an update. Don’t forget to make our friendship official and join Young, Fabulous & Self-Employed entrepreneurs on Facebook. 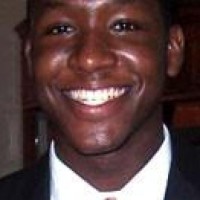 Mark Hall is the Co-Founder of Jobzey a social job search tool. Mark also shares his two and a half cents via his personal business blog geared towards helping entrepreneurs. He contributes to Business Insider, YFS Magazine and Under30CEO. Connect with Mark via Twitter @TheMarkHall.