Learn how Payal Saha, without formal business training, became an entrepreneur and why she believes human respect and compassion are the cornerstones to a successful business.

To date, my establishment serves close to half a million rolls per year. I was also the first person to officially bring kati rolls to the U.S., facing a double edge sword of both introducing and educating customers to this new version of Indian food.

Word caught on and soon, kati rolls where showing up on the menus of Indian restaurants throughout the country.

Without any formal training in business or in running a restaurant—especially in a demanding NYC marketplace— I learned everything “on the job.”

Another challenge I had faced early on: receiving an illegal eviction notice just when I had started to establish my business. But I refused to be intimated, so I took the issue to court—and won!

I believe that basic human respect and compassion is the cornerstone to a successful business. I do not look at my employees as workers, but as part of my extended family.

Knowing firsthand how difficult it is to make it in a new country, I set aside $0.05 cents of each roll I sell to give back to my employees through fund matching for education or to start a business. 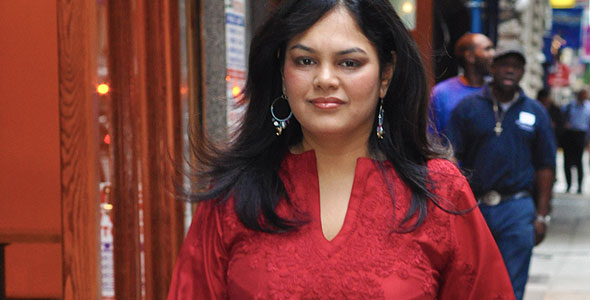