Niches To Riches: 3 Case Studies From A Scrappy Entrepreneur

The next time you come up with a zany business idea, don’t dismiss it as too ridiculous or far-fetched. It may just produce your next million dollars.

One of the great challenges entrepreneurs face is finding the right business idea.

The most lucrative industries are crowded, and more often than not cutting-edge industries are too young to have a market. But in reality, there are plenty of fascinating industries hidden in the cracks, away from the limelight of hot verticals like social networking, mobile apps, and cloud computing.

The next time you come up with a zany business idea, don’t dismiss it as too ridiculous or far-fetched. It may just produce your next million dollars.

At 22 years-old I accidentally became an entrepreneur. At the time I was a law school dropout, jobless, and scared to death of failing at life.

I knew I wouldn’t be happy with a normal job, so I decided to start my own business. The problem was this: I didn’t have experience in any industry, nor was I particularly talented at anything – or so I thought.

A few weeks later, I was lying in my bed when it struck me that I was good at something: writing college admission essays. When I was applying to college, my admissions officer at Columbia actually called me to tell me how much she enjoyed my essay, and asked my permission to workshop the essay around the country.

My revenue model was simple. I decided to charge $500 for 8 hours of my time brainstorming, editing, and touching up an essay. It was slow to catch on.

It took six months before I found my first customer. A year later, I had taught myself how to rank my company website in Google’s search listings for keywords related to admission essays — then the business began to blossom. At the time, it produced a few hundred thousand dollars per year. The real gold was to be struck a few months later. And once again, it was an accident.

One afternoon, the father of one of my Client’s (a student) called me and asked if I’d ever consider writing a book on his behalf. He was a successful business owner and wanted his story recorded for his kids.

I had never written a book, but was willing to try. He asked me how much. After a moment of deliberation, I uttered “Twenty thousand dollars,” – the greatest sum of money I had ever asked for in my life. He accepted. I had no idea what I was getting into. But this project had given me an idea.

Perhaps this guy wasn’t the only one who wanted a book written about his life. I decided to launch a new website offering “ghostwriting” services, a concept I had only heard about a few times before.

Using my newly-developed online marketing skills, I was able to rank the website at the top of Google for “ghost writer” and waited. To my shock, call after call came in. A tremendous number of people had a story to tell but lacked writing skills. They needed … me.

Short on labor, I began hiring professional writers to divide my workload. Soon I had a roster of 20 authors spanning various topical areas, and I was able to keep most of them busy. I had found my first niche business – and boy was it a good one.

By this time, I was making far more money than my parents, and riding high on the concept of finding unusual businesses with little competition and going straight into them. Each week, I’d check AOL’s “hot searches” to see what people were looking for. I considered many niches, from kinetic sculpture to high-end matchmaking. 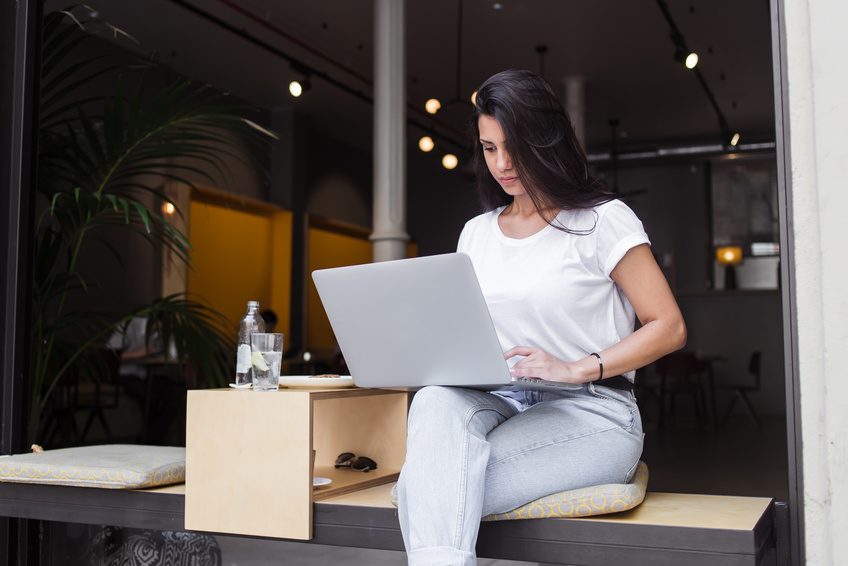