Learn how celebrity publicist Jenelle Hamilton,, known as 'The Publicist', started her public relations consultancy with a laptop, coveted contacts, and her smartphone.

Celebrity publicist Jenelle Hamilton, known as ‘The Publicist‘, started her public relations consultancy with a laptop, coveted contacts, and her smartphone. “As a publicist, what you really need to start a business is contacts with the media and producers,” according to Hamilton. “Investing the time in getting to know people — that’s what you need to start a [successful PR consultancy].”

Hamilton, who serves high profile clientele in fashion, beauty, food and lifestyle categories considers herself a “pioneer of the future of PR,” merging technology and social media with traditional PR methods. “I do a lot of social media for my clients,” she said. For example, “that means working with their Twitter handles and helping them come up with different ideas for contests, etc. and advising them on the best ways to put information out there to the general public using new social media platforms.”

Learn how Jenelle Hamilton leveraged coveted industry experience to start a public relations consultancy and why she believes that entrepreneurs should never give up.

I got into PR because, actually, back then there was no Internet in 1996, it was just coming online. I knew that I wanted a job where I wasn’t stuck in front of a computer all day; I wanted to be mobile. I couldn’t see myself doing a typical nine-to-five job. While I was doing research in the library, I came across a book about different careers [where I first learned about] public relations. It was something that I wasn’t really familiar with, but it sounded like a really interesting profession.

I decided to get my Bachelor of Arts degree in public relations and communications. I later got my first job out of college at a non-profit with Her Royal Highness Princess Anne; she has a charity in London. From there, I started working in fashion PR because that was where my passion was … I did that for many years.

Then I moved to New York, NY; which is the capital of beauty, where big brands like L’Oreal and Estée Lauder, etc. are based. That’s when I decided that I wanted to get more into the beauty side of things. So I diverted my career into a mix of beauty and fashion, and from there it has evolved.

I left my last PR agency … to take a break for a while. But the thing about PR is: you get to meet so many people (from coworkers to clients to press) and they hear about a lot of people who want help with PR. So while I was taking a hiatus, someone approached me about doing a project for Bob Mackie, (an American fashion legend famous for his collaborations and projects with Cher and the infamous Oscar outfits he’s done for her). Bob has worked with a lot of A-Listers like Beyoncé, Katy Perry, PINK, Diana Ross; he drew sketches for Marilyn Monroe — he’s just an industry legend.

Someone referred me to meet with their team in New York and I started consulting with them on an art project. But it organically carried on for two and a half years and I became their global PR director, heading up all events and activities associated with Bob and his brand. I was kind of lucky in that way because I didn’t have to pitch for this amazing account which people would die to work on.

They were my first client. The caliber and the level of what he does is highly respected in the fashion world, so to have a good, stable, amazing client like him opened up many opportunities for me to be recommended for other projects and clients. My business grew from there.

Playing with Fire! The Truth About Public Relations

For a client like Candice Kumai, we work together on the branding aspect [of her business]. So we look at how we want to position her, what kind of brands we want to work with; and we [consider various like-minded brands] to do collaborations, partnerships, and events that will offer them, and her, a lot of exposure.

With TV shows like E!’s Playing With Fire, which I’m actually on, they followed the life of my client (Candice Kumai) for about nine months last year. It shows what I actually do with her on a daily basis. And with other shows like The City and The Hills the networks endeavor to show what people actually do in the world of public relations. Public relations is becoming more widely known as a result. It’s even gotten this glamorous connotation associated with it. Obviously in real life it’s not like you’re going to parties or to Fashion Week every night; that’s a small aspect of the job.

I’ve noticed that starting a PR business is more appealing these days — the younger generation seems to like the idea of working in public relations, but I still don’t think they understand that a lot of writing and communication techniques are involved. It’s not the glamorous side 24-hours a day. 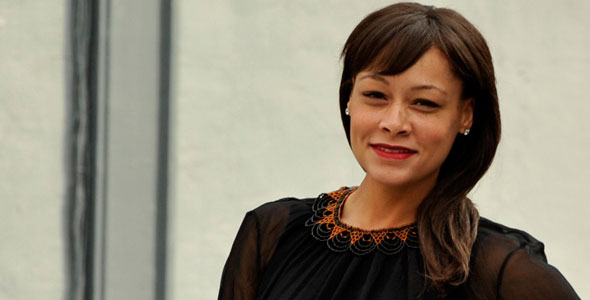