Learn why Dave Girouard left his role at Google after eight years, where he was President of Google Enterprise and VP of Apps, to help young entrepreneurs pursue...

Upstart, delivers a refreshing approach to funding and mentorship. The crowdfunding platform, created by co-founder and CEO, Dave Girouard alongside founders Paul Gu and Anna Mongayt aims to make investing in people fast and simple.

The team of ex-Googlers launched Upstart with a simple idea – to help you do what you’re meant to do. The idea is simple. Backers can invest in promising college graduates for a small share of their future income. The company’s ultimate goal is to provide capital to individuals who have the potential to impact their communities, while generating a meaningful return to backers.

Upstart is the future of “pre-seed” funding.

The best part is this: Each upstart receives the funding, which can be used for startup costs or to pay off accumulated loans or debt, and later pays their backers a percentage of their revenue based on the revenue they earn. Backers also take on a mentorship role to provide guidance to young entrepreneurs at each stage.

“On one side, it allows people generally early in their careers to essentially shift income from their future—sort of borrow from their future selves if you will—and bring it into the present to give them a bit of economic freedom to pursue what they really want to do, which typically means to become an entrepreneur,” Upstart’s CEO, Dave Girouard notes.

“On the other side, you have people that contribute the money, which we call backers. It’s the opportunity to invest in an individual instead of investing in the stock market or in startups or in other things that have lots of risks. You can actually invest and support one person in their career goals. And if they do really good, you can benefit from it,” he says.

Learn why Dave Girouard left his role at Google after eight years, where he was President of Google Enterprise and VP of Apps, to help young entrepreneurs pursue their dreams — and what he believes is “key” to winning.

I was at Google for eight years, working as president of Google Enterprise, and had a lot of conversations with some younger people who were in this sort of stage of their life when they’re deciding what they wanted to do next.

I sensed a consistent theme where a lot of younger people wanted to be entrepreneurs. They had real goals and desires to become entrepreneurs … somebody that wants to drive their own career and make it happen on an unproven path.

Yet, many of them felt forced to take jobs they didn’t really want because they needed the paycheck. They needed to pay off loans, or credit cards or other things they accumulated during school. My thought was that we need more people to be entrepreneurs; we need more people to take on risks early in their career. So what if we could give them just enough money to provide a buffer or maybe to retire some debt, and at the same time give them the support of backers who have some of the right experience and can help them with their path?

That’s the notion of Upstart; it’s to help people pursue what they really want to do, and it’s a recognition that the economy has really changed. You can’t just depend on getting a job in a big company and having a safe career for a long time. It just doesn’t work that way anymore. 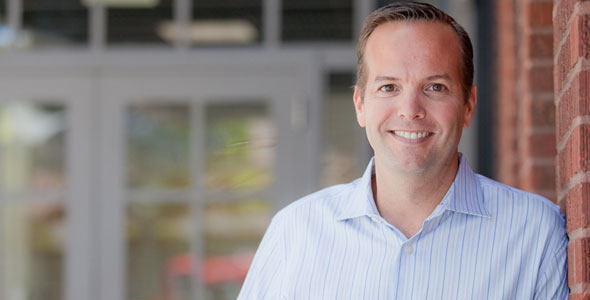