Why Startups Should Bootstrap for as Long as Possible

“Masterful investor Warren Buffet famously stated that his favorite holding period was ‘forever.’ There is a parallel in the startup world, where many entrepreneurs argue that the right time to take venture capital is “never.” Of course, the reality is that virtually all successful startups are ones who have taken venture capital … That being said, startups can succeed using the bootstrap method. And when they do, their success is that much more pronounced.” (TechVibes)

“After weeks of voting, the results are in. This is the final ranking of CIO.com’s 10 Hot Social Media Startups. Note that voting counts for only about 30-40 percent of the final selection criteria and companies are ranked based on such factors as the pedigree of the management team, VC funding, viability of the niche and the uniqueness of the product.” (CIO)

“Some entrepreneurs forget that they can’t use people the same way they use technology to build a startup. Inventors, for example, are skilled in manipulating technology, but may have little interest or experience engaging people to make an effective team. Unfortunately, startups are not one-man shows, so entrepreneurs need to study leadership as much as they study technology.” (Forbes)

“Cloud: Weary of this buzzword yet? It’s bandied about in the tech industry a lot. Cloud computing has definitely had significant impact on the way we compute at home and in business. The cloud is often heralded as the perfect means to deliver applications, infrastructure, and other resources to businesses. With no on-premise tech to manage or additional hardware to buy, the cloud is cited as a low-cost savior for small business tech needs.” (PC Mag)

“For all the hype around ‘big data’—or tech that crunches through massive amounts of emails, tweets, video and other files to find useful information—some startups aren’t yet making tons of noise. That’s probably not going to be the case for much longer. Startups that got funding a couple of years ago are starting to get some serious momentum. Others are still in stealth mode, busily putting the finishing touches on potentially game changing tech.” (SFGate)

Learn the Laws of the Jungle for Business Startups

“It’s a jungle out there. In 2012, total entrepreneurial activity in the United States hit its highest level since their survey started in 1999, according to Babson College. That’s the good news and the bad news. The opportunity for change is huge, with everyone taking a new look at the world after the recession, but the competition is also huge, since the cost of entry is at an all-time low.” (Forbes)

Small Business PR: Should You Hire a Publicist or Can You Do It Yourself?

“In my work with new and growing businesses, a common area where people rush to spend is on PR: hiring a PR firm or publicist to get media coverage in order to draw attention, create buzz, generate audience, and impress investors. It’s an attractive option: who wouldn’t want their creation featured on the front page? But before you reach Fortune 100 status, it’s important to understand when it’s the right time to go big on PR.” (Huffington Post)

“Dell [recently] announced the results of the first-ever global index to measure female entrepreneurship around the world. Not surprisingly, the more than 8 million women-led businesses in the United States came out on top. According to Dell, the ‘Gender-GEDI’ is the only such index looking specifically at high-potential female entrepreneurship based on aspiration, thriving business environments and entrepreneurial networks in each country…” (Forbes) 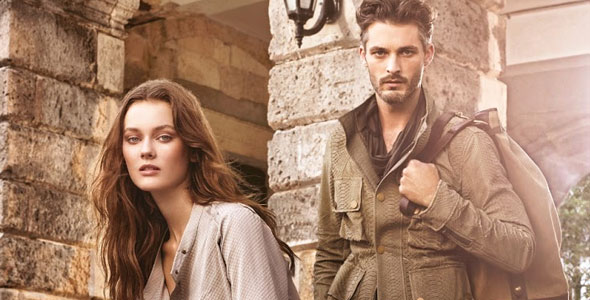