Learn how Lilly Ghalichi transitioned from her law career to serial entrepreneurship and why she believes if you give something 100 percent ... you're going to be successful.

“The world market for swimwear and beachwear is projected to exceed $17.6 billion by the year 2015,” according to a Global Industry Analysts, Inc. report.

IBISWorld reports, “the level of competition is intensifying, as online retailers and department stores take sales away from industry retailers. In light of the competitive environment, players will increasingly focus on niche products to boost demand.” Entrepreneur, attorney and Bravo TV cast member of Shahs of Sunset, Lilly Ghalichi aims to capitalize on the growing trend.

“It’s just a learning curve. You can do it; all you need is an idea and you can truly start your own business.”

In 2011 the California-based attorney created her first lingerie-inspired line of swimwear known as “swimgerie”.  Months later she met Jennifer Stano David, the founder of Have Faith Swimwear (who would later become her business partner). The two women became fast-friends and decided to merge their respective brands to create Have Faith Swimgerie.

But like most entrepreneurs, Ghalichi’s journey from attorney to full-time entrepreneur did not come without it’s own set of challenges. She recalls her biggest startup challenge was fear, “fear that you won’t be successful, fear that you’ll fail, fear that everybody will hate your idea or think it’s stupid, fear that you’re going to lose all of the money (you invested)…,” Ghalichi explains. But, “fear is the biggest challenge that you need to overcome — you just need to believe in yourself.”

Learn how Lilly Ghalichi transitioned from her law career to serial entrepreneurship and why she believes if you give something 100 percent … you’re going to be successful.

In 2011 I started Swimgerie (a lingerie inspired swimwear company) as the sole founder.

I knew I wanted it to be in fashion, health or beauty. I had this great idea for bikinis so I just decided to do it and I jumped in headfirst. I figured I was going to give it my all; I’m not going to work part-time, do this part-time, so I just quit my job and I was working on it 24/7. It became my life, my passion…

When I first started the company I sat down and thought to myself, “When do I feel sexiest, as a woman?” And the answer to that question for me was: in lingerie. When I’m in lingerie I’m transformed. I feel like a goddess … so I try to take the allure that lingerie provides and incorporate it into swimwear.

In 2011, Ghalichi transitioned from her career as an attorney to launch her first company, a lingerie inspired swimwear line. “It became my life, my passion,” she explains.

When I initially started Swimgerie I spent around $15K-20K to start up. That is a lot of money, but not for a clothing company. I started on a small scale. Rather than releasing a whole collection of 35-40 pieces (which is what most collections have) I released 6 [pieces]. It’s not that I didn’t have more to release, I just wanted to be smart with my money.

Then, with the sales of those 6 pieces I took that money to reinvest and then released a collection of about 15 pieces. Then I reinvested [again] and released the entire collection.

Later that same year, I met Jennifer (Stano David); who at the time was the owner of Have Faith swimwear line. We ended up becoming best friends and on January 1, 2012 Jennifer and I merged our two companies — forming Have Faith Swimgerie. So we are now business partners. This is our second year going strong, and it was the best decision we both have ever made. 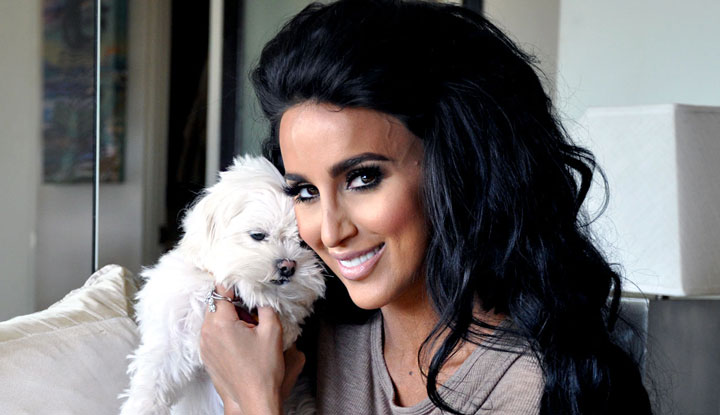