Ideas are the New ‘Capital’ for Today’s Entrepreneurs

Today, in the You Economy, capital looks different. No longer is it money in the bank or your name on a deed of land; ideas are capital.

I live and work in the oldest permanent settlement West of the Rocky Mountains, Astoria, Oregon. The only chain store downtown is JCPenney and it’s housed right alongside independent shops in the kind of facade typical to the downtown’s of the West.

My typical day starts with an hour or two of work at Street 14 Coffee. After a few hours in my home office, I might move on to the brewery–the 10th fastest growing brewery in the country–where my boyfriend works. Inevitably, my day includes a brisk walk through downtown and alongside the Columbia River. It often ends at Astoria Coffee House & Bistro–whose $3 taco night on Thursdays is not to be missed.

My friends and I often discuss the state of business in Astoria today. It’s booming. It’s diverse. And it’s fun. But that doesn’t mean that every business that opens shop in downtown Astoria will succeed. Many will not. And what almost always predicts the success or failure of a new business is capital.

Businesses that fail in Astoria are under-capitalized.

In a brick and mortar business, undercapitalization is a money problem. A business cannot acquire the funds they need to meet operational expenses, which causes it to become over-exposed to risk. Or it can be a business that does not have expansion funds to meet market demand.

As a result, under-capitalized businesses display cheap-looking fixtures or their equipment isn’t top notch. The owner’s salary is non-existent, let alone good help is unaffordable so the store is often closed. The people who do work at the establishment are untrained and uninterested in the success of the business. There’s not enough money to reach new customers so the website remains unfinished, the Facebook page is unloved, and email marketing is simply a pipe dream.

It takes capital to start a business, even in a town where life is relatively cheap and business is booming.

Traditionally, a lack of capital has long been the biggest barrier to entry for entrepreneurship. If you don’t have money, know people with money, or have access to other forms of real capital (i.e. land, equipment, etc.) you couldn’t start a business — no matter how good your ideas. The problem is even more rampant for microbusiness owners; a company with “less than five employees, small enough to require little capital ($35,000 or less) to get started (Source: SBA.gov).

However, today, in the You Economy, capital looks different. No longer is it money in the bank or your name on a deed of land; ideas are capital.

Idea’s are the New Capital

Recently, a server at a restaurant I frequent asked me if I had a job or if I just drag my laptop around to different breweries to look busy. Obviously, the answer is the latter.

I explained that I help people who are interested in growing businesses; and instead of filling up office buildings full of staff and equipment, I deliver a regular dividend on their ideas.

To put it another way: I help people get a bigger return on investment for their ideas. Because ideas are the new capital. As such, I only work with businesses that are properly capitalized in that department.

But what do I mean when I say “There’s an undercapitalization problem in the world of microbusiness?”

All too often I see business owners following someone else’s model, vying for a piece of an established idea pie, instead of investing in their own ideas.

That is not to say that you need a big idea to have a properly capitalized microbusiness. It doesn’t mean that you need to have the secret sauce to disrupt an existing market and turn an industry on its head. 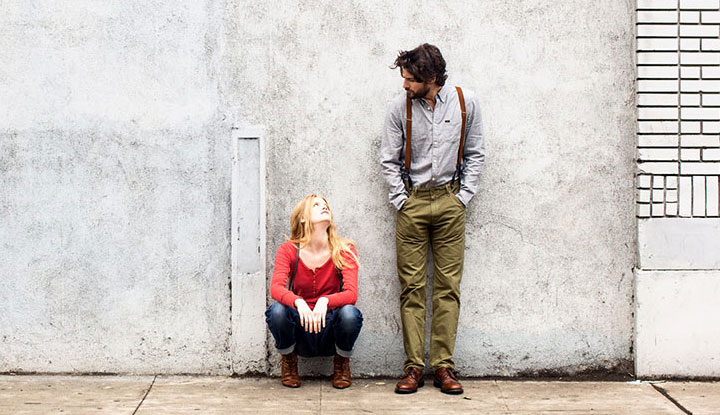