Op-Ed: Is ‘Luck’ a Factor in Business?

Do you believe in business luck? My personal experiences with lady luck and events “out of my control” have contributed massively to my success.

For the past three-and-a-half years that I’ve been running a network of gaming websites, I’ve had countless experiences that were out of my control. I’ve endured the good, the bad and the ugly: from casino whales earning me $10,000 in a night from revenue share deals, to Google penalizing nearly all of my sites and an angry business partner drunk dialing me at 3am in the morning.

When things like this happen, it makes you question the extent to which luck (i.e., chance or coincidence) plays a part in business. Some people think you make your own luck. Others feel that as a business owner, you should be in full control of your own destiny.

However, my personal experience has been that lady luck and events “out of my control” have contributed massively to my success.

A ‘Lucky’ Start in Business

The first piece of “luck” I experienced as a small business owner is how my business began. Whilst I was attending college a friend of mine started writing poker news and features for a contact he knew. Since I wasn’t doing much at the time, I decided to write a couple of articles for him in exchange for some pocket change.

I later managed to find my own freelance writing job after rigorously searching for work online and cold-emailing dozens of editors. Months later, after finding and working for my employer, he convinced me to set up my own website and even taught me how to operate and run it.

Since then, I’ve launched fifty different websites and made a tidy income. If it wasn’t for my friend getting me into the industry, or my employer hiring me as a writer, or my employer later pushing me to start my first website, I don’t think I would’ve ever started my own business.

Fast forward a couple of years later and I was making a very good income for a 22-year-old. However, with ninety percent of my income dependent on SEO and search engine traffic, a new search algorithm update called “Penguin” launched and crippled my entire business. My website traffic and income literally plummeted; I was an inch away from giving up.

But I didn’t. I stuck with it and I happened to strike gold with a new site I had purchased in the binary options niche a month earlier. I got into this industry at such an early stage and due to the timing I hadn’t used any SEO tactics that would be punished by Penguin. This new website single-handedly earned me an incredibly income. It ranked at the top of the search engines for all of the industry’s major keywords and was generating five figures per month. I was very lucky to stumble into the industry just as it exploded onto the scene.

Fast-forward another six months and the new website was earning me a very good income. However, after witnessing my entire business crash overnight from the first Penguin update, I decided to cash-in my chips and try to sell the website for as much as I could get.

However, the problem was this: it would not be easy selling a website of this type. There aren’t many buyers out there with six figure pockets. However, by random chance someone had posted on a forum that they were looking to purchase an affiliate site with a budget that matched my asking price. I contacted the buyer and a deal was closed within just a few days.

Although we had negotiated a price on a Friday, I would not receive payment until the following Monday. Guess what happened later that Friday night? The second of Google’s infamous Penguin updates were released.

The site and my business could easily have been wiped out by the Penguin update. If Google Penguin had penalized my site that Friday night, the buyer would’ve pulled out and my business would’ve crashed. I would’ve literally have lost a six-figure asset overnight and there’s no way I would’ve been able to recover financially or psychologically. I don’t think people ever come back from that type of experience. In other words, it was a make or break weekend for me. Thankfully it wasn’t penalized, and the deal closed; funding my business for the next two to three years.

I had absolutely no control over the turn of events that would either destroy my business or give me the money to re-invest into my business for many years to come. 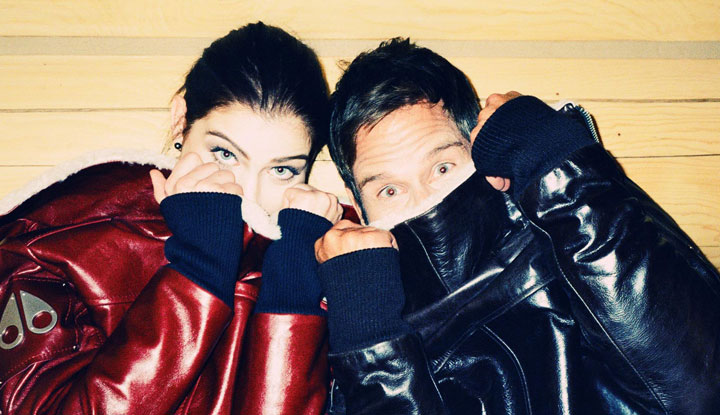