A majority of women entrepreneurs in India cannot access institutional finance for many reasons, including the fact that fewer of them have title rights on property that can be used as collateral. There’s also a general aversion by financial institutions to fund high-risk small businesses, experts say.
India has an estimated three million women-owned enterprises that employ over eight million people and constitute about 10% of all small businesses in the country. Only 27% of these have access to institutional finance, said an International Finance Corporation (IFC) study released on Tuesday. (LiveMint)

Women entrepreneurs are feeling more optimistic about their own businesses in 2014, according to a new survey. Web.com and the National Association of Women Business Owners (NAWBO) polled over 600 women entrepreneurs and found that 87% are positive about the economic outlook this year. This is a 12% jump over 2013’s findings. (Fox Business)

Why the global tech startups bubble isn’t likely to burst

We’re in the midst of an “entrepreneurial explosion,” according to a Tech Startups report from The Economist. The good news is these businesses are built on solid technological building blocks. Netscape pioneer turned Silicon Valley investor Marc Andreessen wrote in The Wall Street Journal in August 2011 that “software is eating the world.” Over the next decade, writes Andreessen, more and more industries will be disrupted by software. Why now? (TechRepublic)

I can’t tell you how many entrepreneurs first approach investors, either at the wrong time, in the wrong way or in the wrong format. Let’s tackle these easy-to-fix pitfalls below… It is important you have all the required elements in place before approaching investors. This includes completing all the necessary research supporting your business plan (re-read my post on how to write a business plan). And, if possible, it is preferred to have some type of “proof-of-concept” behind you. (Forbes)

The Affordable Care Act — which many see creating challenges for businesses — could benefit a particular group of business people: entrepreneurs. Joshua Simonson was reluctant to give up his job at a Portland, Ore., area grocery store, New Seasons Market, which he says had provided excellent health care for him and his family. He had a pre-existing condition that has prevented him from getting insurance in the private market, but one key development helped convince him to quit and start a farm. ” (NPR)

Startups jostle for funding, attention at South by Southwest

It’s rare to find so many would-be startup investors in one place at the same time; rarer still to catch them in a casual setting removed from the pressures of Sand Hill Road, the California locale known for its cluster of venture capital firms. But that convenience comes with a price: The growing volume of startups today at South by Southwest, or SXSW as many call it, engulfs both the startups and their audience. Since Twitter, “South-by” success stories have been hard to come by. (Reuters)

If You Want Funding For Your Business, You’re Better Off Being Male And Hot

There are almost twice as many male entrepreneurs as female ones in the United States, and that imbalance is seen throughout the world. The gap has been attributed to long-standing gender biases that have become so ingrained in our culture that, even today, both male and female investors prefer pitches from men over women, according to a new report from the Proceedings of the National Academy on Sciences (PNAS). Additionally, attractive men fare significantly better than their less attractive counterparts, the report finds, while looks have no notable effect on how a female entrepreneur is perceived. (Business Insider)

It’s easy to make a mistake, but saying your sorry is rarely enough to satisfy the IRS. Small businesses can innocently make tax mistakes that wind up racking up steep penalties, able to bruise or even bust their much-worked-for bottom line. Want to avoid the most common oopsies? Here’s how. (CBS Boston)

10 Words Entrepreneurs Should Use With Caution

Recently, I did a workshop with some young entrepreneurs — mostly, I would say, between 24 and 38 — and I soon realized that in this new and enlightened age, every conversation about entrepreneurship seems to include the same 10 words, words that have become a new jargon. At the same time, one very important but old-fashioned word seems to have been all but forgotten. Don’t get me wrong. Most of these words have some value, but many of them are misunderstood, or are euphemisms, or are overused. (The New York Times)

With the deadline for Obamacare enrollment at the end of this month, you are probably getting some questions from employees. Perhaps the most common one is: Will you offer insurance? Well, if so, then you may actually be eligible for a tax credit. This is much more valuable than a deduction. That is, a tax credit reduces your tax liability on a dollar-for-dollar basis. It could mean that you owe zero taxes for the year. For 2014, the Obamacare tax credit is as much as 50% of the premiums you pay. (Forbes) 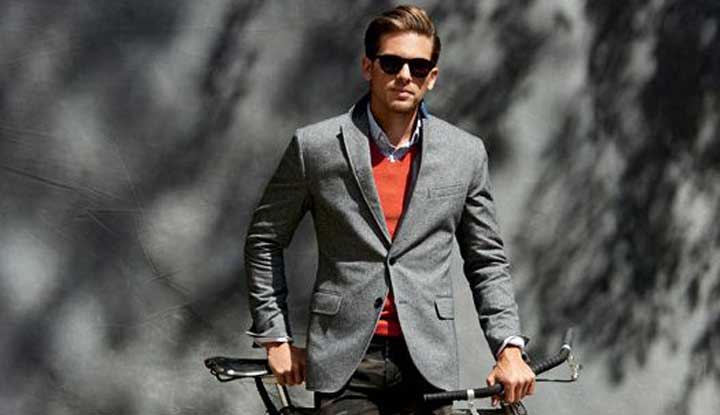