Tucked inside the so-called Medicare “doc fix” bill — must-pass legislation to forestall steep cuts in payments to doctors — that President Obama recently signed was a separate provision that removed restrictions on deductibles in small-business health plans. As a result, small-business owners may be able to shift some of their health care costs, especially as they increase, to their workers. (The New York Times)

It isn’t so much the amount of money a majority of small business owners must hand over to Uncle Sam that makes many of them dread this time of year. It’s the amount of time they lose. More than half of small employers now say the administrative burden and paperwork associated with tax season pose the greatest harm to their businesses, according to a new survey by the National Small Business Association. Forty-seven percent say the actual tax bill hits their companies the hardest. (The Washington Post)

Because they lacked institutional support, hip-hop artists and their early supporters had to innovate. Some of their innovations include securing corporate sponsorship deals for hip-hop events and artists, inventing the concept of street team marketing, and turning artist merchandise into high-fashion clothing lines. “Rap was completely off of the radar,” Charnas told me. “So everything that had to be done had to be done entrepreneurially and that’s why hip-hop created a class of not only new entrepreneurs but also artists who were entrepreneurs.” (Forbes)

I wonder if it’s time for a paradigm shift in how we look at small business lending and the role non-bank (e.g. alternative) lenders have to play. I’m convinced one of the biggest challenges faced by small business owners is finding the capital they need to grow. I think we all agree, it’s a big problem on Main Street when community bankers are struggling to compete with bigger rivals; and those that are surviving are moving upstream to what they believe is potentially more lucrative business. (Forbes)

The Ten Deadly Mistakes That Entrepreneurs Make That Destroy Their Profits, Morale and Reputation

I absolutely hate it when I see smart people do dumb things! Unfortunately, this happens all the time in business. For example, you see smart marketers who never leave enough time for a proper launch. Or content providers who continually blow all their money by building out a product without any research or testing only to find out it is NOT a sellable product. Or my personal favorite, entrepreneurs who think they know it all and can do it alone. And, to me, this one is the saddest. (Huffington Post)

There has been a bit of action for a while now in the crowdfunding world, and certain startups have been able to get themselves off the ground using Kickstarter, Indiegogo, and similar sites. By and large, these types of financings have gone to companies that are building physical products, digital games, and the like. (Xconomy)

Women who start new businesses with men are less likely to lead it. And when they co-found a business with their husbands, they have even fewer chances to be in charge, a study finds. “This study raises awareness of the conditions that limit women’s access and also makes us aware of what might be done to increase the likelihood that women will attain positions of authority,” explained Tiantian Yang, a graduate student in department of sociology at University of North Carolina (UNC) Chapel Hill. (Business Standard)

Ask a founder which aspect of launching their startup scares them the most, and many say it’s public relations. Experienced publicists say startups share common PR pitfalls that can be readily avoided. And they say they take just a few simple steps when working with startups to improve their messaging and build a campaign that dovetails with the rest of a new venture strategy. “Startups don’t understand PR,” said Cascade Communications President Jennifer Fortney. “But most people don’t understand PR. My parents don’t know what I do.” (Chicago Tribune)

The Moment I Realized How To Achieve Limitless Productivity

Today I wanted to talk about a profound transition that I’ve been making over the past year and a half. In reality, it’s actually not that profound, but it’s a place that has taken me a very long time to reach. When I first started my entrepreneurial journey, I was all about doing everything myself.

Startups That Merge Online and Offline Services Are Sweeping China

In the U.S., startups from Silicon Valley and other places have long been merging online services with offline real-life experiences like taking a taxi, eating out, going to the movies and shopping at brick-and mortar stores. Now that trend is taking China by storm, but more rapidly and at a much larger scale. (Wall Street Journal)

Many small businesses continue to feel that Yelp is unfair or complain that Yelp salespeople are using strong-arm tactics to get them to buy advertising on the site. Claims of “extortion” against Yelp have persisted though never been proven with evidence and the company has successfully defended a number of lawsuits on those grounds. These “extortion” claims again resurfaced in two articles published this week. (Marketing Land) 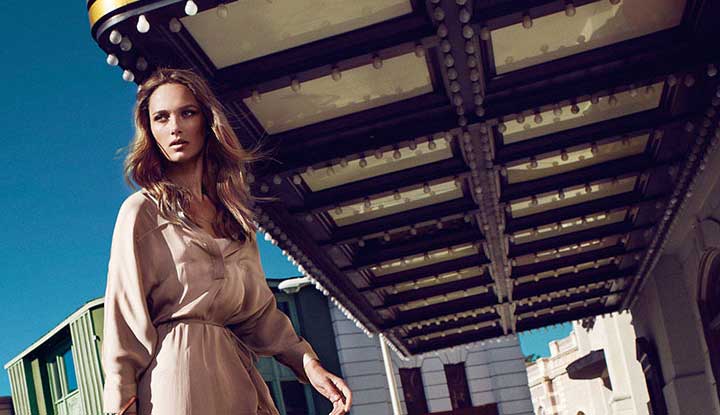