Many entrepreneurs have played witness to the way investors, with their money, expertise and connections, can help grow a company — and grow it quickly. When I started a yogurt franchise eight years ago, for example, with some money from friends and family, it took me a (long) year to open my first store. It took me another (even longer) year to add my second and third locations. (The Washington Post)

Are all entrepreneurs rogues?

To spread your entrepreneurial wings and fly you have to be comfortable taking a risk or two. Having a competitive spirit helps too, according to research on the key psychological drivers of entrepreneurs conducted last year by organisational psychologist Kirsty Bucknell for Commonwealth Bank. In interviews with almost 500 entrepreneurs and decision-makers on seven key personality traits, risk-taker (24 per cent) and competitor (20 per cent) were prominent among successful business owners. (The Age)

Right now, Y Combinator is wrapping up wading through 3000 applications for this summer’s intake, up almost 20% on last year. Just two percent of the 3000 will get a place. Although the incubator’s got a strong track record, some startups inevitably sink without a trace. Here, Livingston shared with FORBES some of the totally avoidable silent killers she sees every cycle. (Forbes)

Need A Small Business Loan? Borrowing From Suppliers Is As Easy As Riding A Bike

It’s the small business owner willing to be creative that gets financing these days. At the very least, successful small business owners need to be flexible when weighing their options and less dependent upon traditional means of accessing capital. Fortunately, there are a lot of alternatives to the bank. Of course some are better than others. One way to access funds we haven’t talked about before, but should be considered. (Forbes)

Small business advice: How to compete against the big guys for top talent

he Apples, Googles and Facebooks of the world spare no expense in recruiting top talent, mostly because they have deep pockets. So, when prospective employees get a call from large corporations, they know any subsequent job offer will be lucrative and provide early résumé padding. Consequently, they gravitate toward the big players. But that doesn’t mean smaller companies can’t compete for top talent — they just need to offer what the big companies can’t. (The Washington Post)

What is SEM? Depends on Who You Ask

In the early 2000s, search engine marketing (SEM) was originally defined as the umbrella under which both paid and organic search would fall. This made perfect sense, as marketing naturally incorporates a wide array of tactics, including advertising. Over the years, however, the term “search engine marketing” has come to mean different things, depending on who you ask. (Search Engine Watch)

Entrepreneurs need to learn the strategy of being inch-wide and mile-deep,” said Rajiv Bajaj Managing Director, Bajaj Auto, Pune, speaking at the TiECon Pune 2014 in Pune recently. He said that marketing strategies need to be improvised to sell specialization rather than selling too many things at once. “We need to be involved deeply enough in one area to be known as experts in it, rather than dabbling in many areas,” he said. (The Economic Times)

While there are other options available, I generally recommend one of four retirement plan types to entrepreneurs. All four of these plans are well suited to the needs of solo entrepreneurs, and some of them offer the flexibility to serve a small-business owner who brings on employees. The four plan recommendations are Simple IRAs, SEP IRAs, Solo or regular 401(k)s or Contributory IRAs (Roth or Traditional). (Market Watch)

All rise: The era of legal startups is now in session

The legal industry has not been particularly well known for innovation and forward thinking. This massive industry, however, is presently in acute distress. News in recent years has highlighted the cracks in the traditional law firm business model, as clients have begun pushing back against stratospheric rates and significant inefficiencies. (Venture Beat)

What about small business and non-profits? The ignored piece of $15 minimum wage debate

The issue of minimum wage is about equality, not economics. And though I haven’t made up my mind as to what is the best way is to address the topic, I know that making the minimum wage $15/hour today (which 68-percent of Seattle voters support according to a poll compiled by Working Washington, UFCW 21, Nick Hanauer, SEIU Healthcare 1199NW, the Teamsters, and the MLK County Labor Council) isn’t a complete solution. Added to that, an overnight change would have negative repercussions on small business owners, the people who they employee, and the communities that they support. (Capitol Hill Times)

Startups get cash they don’t need yet

Quora, a question-and-answer website, didn’t need to raise money. It had barely touched $60 million in venture capital it accepted just two years ago. Yet the California company, which has no revenue and just 70 employees, recently said it had raised an additional $80 million. The eye-popping investment — for no obvious immediate purpose — was the latest example of a dynamic reshaping Silicon Valley: Startups, already flush with cash, are piling on the investment dollars. (Boston Globe)

Recessions tend to push people into entrepreneurship. Those who might never consider starting a business will do so if they can’t get a job. As our economy gets stronger, a smaller percentage of the population is starting businesses, according to the Kauffman Foundation’s Index of Entrepreneurial Activity, released a few days ago. Last year, .28% of American adults started their own businesses each month, compared to .30% in 2012. (Forbes)

Why Stock Prices Are So Important For Startups

For startup founders, the day-to-day investment alchemy on Wall Street can seem pretty distant from the routine of running a venture business. But the truth is that these market dynamics play the central role in determining the success of the entire venture ecosystem. At the end of the day, startup valuations are based on the final value of their exits through mergers and acquisitions or IPOs, and changes in these exit prices have an immediate ripple effect across every decision made in the industry. (TechCrunch) 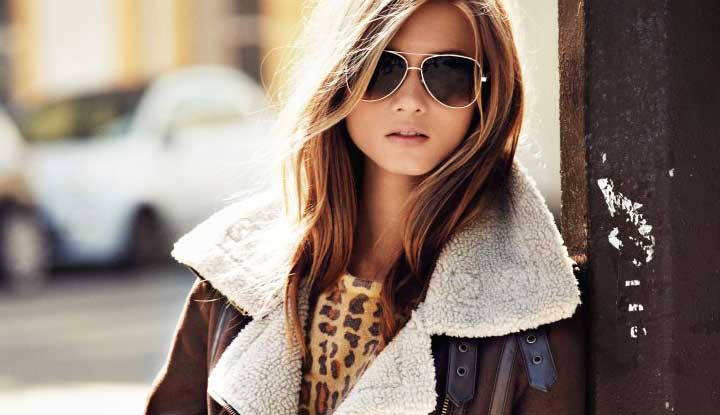