Weekly Buzz: Sit back, relax, and enjoy our curated reads. Here’s our weekly link roundup of small business buzz, musings and muchness. A curation of the best small...

10 Startups That Are Punching Way Above Their Weight Class

San Francisco-based Mattermark pulled the “punching above their weight” list from data it gathers on more than 1 million companies. The companies included on the list have shown the most growth while raising less than $50 million, according to Morrill, although a couple of those listed have raised more than that amount. Most of the companies on the list are less than three years old, so at least some of the big growth may be the type of uptick that peters out after a while as a business matures. (Silicon Valley Business Journal)

Here’s What Small Business Owners Are Grateful For This Year

This is the season to count your blessings, both in your personal life as well as professional life. As a small business owner, there are many things I’m grateful for, which you can surely relate to if you’re an entrepreneur or business owner yourself. (Forbes)

The number of internet users worldwide will surpass 3 billion in 2015, according to new figures from eMarketer, increasing 6.2% next year to reach 42.4% of the entire world’s population. This year, the internet will reach more than two in five people in the world for the first time as online audience hits 2.89 billion users globally. By 2018, eMarketer estimates, nearly half the world’s population, or 3.6 billion people, will access the internet at least once each month. (eMarketer)

Launching a paid search campaign can be a scary proposition for an ecommerce beginner. Pay-per-click advertising means spending money to acquire potential customers — a scary proposition to any emerging online business. Fortunately, there are free online resources to turn a beginner into a PPC pro.Here is a list of resources to learn paid search. (Practical Ecommerce)

How Entrepreneurs Must Prepare For The Unthinkable

Most entrepreneurs are so convinced that they are the disruptive element, they fail to anticipate that unknown facts or events can and will occur to disrupt their own well-laid plans. While it’s true that there is no way of know specifically what might happen, you need to anticipate the worst, and actually build a Plan B. People who haven’t thought about a Plan B often don’t survive the shock. (Forbes)

7 Crisis Lessons From ‘The Hunger Games’

Within the first day of “The Hunger Games: Mockingjay, Part 1” presales, the film accounted for 80 percent of Fandango’s ticket sales. The series has broken box office records and more than 50 million copies of the original novels have been sold. The dystopian world of Panem, the government of which sends child tributes to fight to the death each year, contains plenty of social commentary, but there are many crisis communications lessons to be learned. (PR Daily)

The Showrooming Threat: 5 Ways to Fight Back

With 71% of US mobile users owning smartphones, hundreds of thousands of consumers are carrying the Internet in their pockets, and 81% of them use their devices in-store. While some retailers are exploring iBeacon and other in-store digital goodness, most physical retailers are concerned about the threat of showrooming — when customers visit the physical store with the intent to order online (which increasingly involves a mobile touch). (Get Elastic)

Recognizing And Celebrating Our Nation’s Entrepreneurs

From our nation’s earliest days, entrepreneurs have been the driving force behind U.S. economic growth. Not only did entrepreneurs build America—our future depends on them. We ought to do more to recognize the tremendous importance of entrepreneurs. Data from the Kansas City-based Ewing Marion Kauffman Foundation shows that companies less than five years old account for nearly all net new job creation in the United States. (Forbes)

Show Me the Money! A Guide to Creating a Scalable Sales Compensation Plan

Some 97% of the 8.5 million accredited investors in the U.S. do not have access to investing in startup companies, according to the Kaufman Institute. But Vincent Bradley and Brian Park aim to change that with FlashFunders.com, where accredited investors can purchase direct equity in startups with no fees attached. (Mainstreet)

Tips to Network Like a Pro and Grow Your Small Business

People want to buy products and services from businesses run by people they like, know and trust. This means that as a small business owner, your personal network becomes your net worth in business. You must work at building great word of mouth about your business — to grow sales and encourage customers to come back for more. Growing your business with repeat customers will ensure it’ll be around for the long haul.

Kim Kardashian’s nude photos in Paper magazine made as big a splash on the Internet … No matter what your opinion of Kardashian and the photos may be, you have to give her props for the effectiveness of her latest PR stunt, because that’s what it is: a PR stunt.There are many subtleties to what Kardashian was able to accomplish with these photos, but it’s pretty brilliant stuff. Here is a quick run-down on why this latest round of lewd behavior from the reality TV star is actually pretty shrewd PR strategy. (PR Daily)

Probably the worst thing about America’s very broken patent system is the existence of patent trolls: companies that own intellectual property for the sole purpose of using it to sue other, actually productive, firms. Unfortunately, whilst big-name tech firms are generally able to defend themselves against the threat of a frivolous lawsuit, smaller companies often end up settling — patent trolls deliberately ask for relatively small settlements, so that settling becomes cheaper than actually fighting the crap. (Gizmodo) 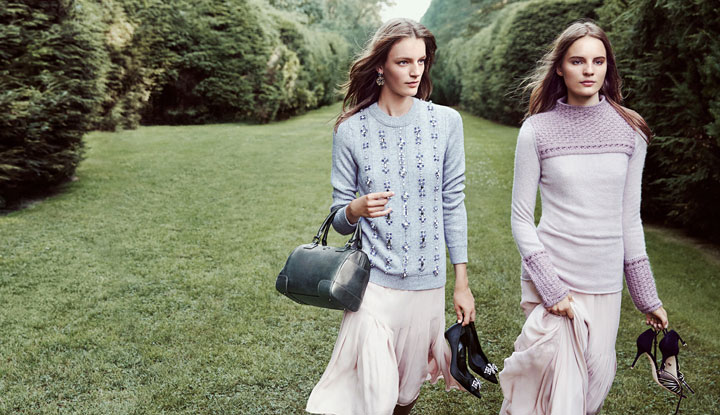