I have never been a patient person; it’s the way I’m wired. Once I have an idea of where I want to go, I want to get there as soon as possible … even if it means getting out of bed at 3:00 a.m. I don’t see the point in waiting. I know this internal sense of urgency can annoy others and my haste has stung me a few times in life. But I firmly believe an entrepreneur needs some level of impatience in order to succeed. (Forbes)

If you’re like most entrepreneurs you’ve learned how to hire the old-fashioned way – by painful trial and error. The problem with that (besides the cost and heartache) is that even f you’ve found things that work, you’re likely not hiring as well as you could giving a bit of outside coaching.(The Huffington Post)

5 Questions To Ask About Color In Your Messages

This week, Pantone named Marsala—“a naturally robust and earthy wine red”—as its official color of the year for 2015. Last month, the Color Marketing Group revealed the four colors researchers forecast will be popular in 2016 and beyond. In North America, “uni-blue,” which is described as an androgynous blue, is expected to be hot. In Europe, it will be “brave,” a warm red. In Asia and the Pacific, “naturban,” a natural green, will be popular, while in Latin America, “maiz,” a soft yellow, will be trending.

Yesterday at a live town hall, Facebook CEO and professional T-shirt model Mark Zuckerberg took questions from around the world, answering a few inquiries about his advice for new entrepreneurs. His response was really quite elegant: “What ends up mattering is the stuff you get right.” (VentureBeat)

Female VCs: What Do Entrepreneurs Think Of Them, Really?

First, how many female VCs are there? According to Pitchbook, in the U.S., there are only 164 female VCs out of a total of 3,396. Pitchbook pulled the top 100 firms ranked by number of VC financings completed in the last year (since Dec. 7, 2013), then counted only partners at those firms who have at least one board seat on a portfolio company… That means fewer than 5% of all deal-doing, board-serving VCs today are women. (Forbes)

How Entrepreneurs Sabotage Their Businesses

Entrepreneurs regularly confront a host of tough challenges such as landing their first sale, growing their customer base, hiring the right employees, managing cash flow and accessing funding, among many others. But the biggest challenge entrepreneurs may face is either a self-limiting or self-inflated view of their capabilities. (Gallup)

Currently, the top five spenders in each advertising category—total paid media, digital and mobile—are the US, China, Japan, Germany and the UK. While the UK lags Japan and Germany in total media spending, its digital ad market outpaces both, with digital and mobile ads representing significantly higher shares of overall advertising than its two predecessors in the overall market. Otherwise, the rankings are consistent across all media markets. (eMarketer)

6 Months Before A Startup Dies, Most Founders Get Straight-Up Delusional

Six months before a startup dies, founders tend to be delusional. Y Combinator co-founder Paul Graham has coined this phase the “fatal pinch.” During the fatal pinch, growth slows while expenses increase. Founders find themselves with six months left of operating capital, after which their startup dies. But instead of making a change or throwing in the towel early, they wrongly assume investors will bail them out. (Business Insider)

Eric Ries has created a very important model in the startup world that has risen to the level of a movement. I find his ideas and the model to be very useful. Whether you agree or disagree with aspects of The Lean Startup, it is beyond question that Ries’ ideas and model have been influential to many successful founders. (25iq Blog)

Dos and Don’ts of Press Releases

For all of our technological advances, the good, old-fashioned press release is still a staple in the PR pro’s diet. If you read this site regularly, you’re probably very aware that many of your fellow communicators still get it wrong. They might have had an easier time of it if they had taken the time to review the dos and don’ts of the press release. (PRDaily)

12 Rules to Mastering the Art of Co-Marketing

Co-marketing is the art of going to market with a partner. Getting it right can be tricky, but it’s a highly effective strategy that is especially well suited to nimble startups with minimal marketing budgets. Dan Slagen, CMO and advisor, has made co-marketing an important component of scaling marketing teams at HubSpot, Nanigans, Wayfair, HourlyNerd, and Rock Coast Media. (OpenView Partners) 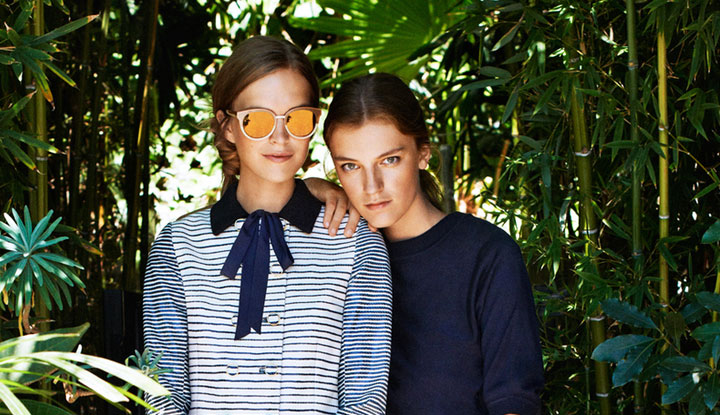