Does Success (And Career Happiness) Require a Diploma?

As he sat through his ‘Introduction to Business’ class at Lane Community College in Eugene, Orego, all Devhin Hansen wanted to do was to become a successful business...

As he sat through his ‘Introduction to Business’ class at Lane Community College in Eugene, Orego, all Devhin Hansen wanted to do was to become a successful business owner. He wasn’t sure what kind of business he wanted to operate, but he knew his dream was to be an entrepreneur.

As he listened to the instructor lecture about the basics of accounting and marketing, Hansen realized he didn’t need to be there. He didn’t need to pay someone to tell him how a business works. He knew he was capable of starting his dream on his own. So, when the school year ended, he dropped out and said goodbye to his once coveted diploma.

We have all heard it before: in order to be successful, we must graduate from college and obtain a degree. But is a college diploma a necessity when it comes to achieving our ideal career?

Studies do suggest that college can be the right choice as “the earnings gap between Millennials (young adults ages 25 to 32) with and without a college degree has stretched to its widest level in nearly half a century.” (Forbes)

“Many eager entrepreneurs are finding it more beneficial, and less costly, to start from scratch and open up a business based on experience in lieu of classroom knowledge.”

In comparison, arguments are offered that depict college education as merely a big business that is failing fast. Billionaire Mark Cuban suggests, “Once degreed, the majority of college grads are ill-equipped to handle the current marketplace. Many of those who entered college just five years ago simply can’t find work in a 21st century economy that’s imploding on all sides. What college grads are left with are massive loans that can’t be repaid and a room in mom and dad’s basement.” (Inc.)

However, many eager entrepreneurs are finding it more beneficial, and less costly, to start from scratch and open up a business based on experience in lieu of classroom knowledge.

Degrees Are Nice, But Not Necessary

“Sure, it would be nice to get a degree but it’s not necessary,” said Hansen, who at 23 years old successfully started two auto shops in the Eugene-Springfield, OR area since leaving college in 2012. “What I took from school I felt was strong enough to carry me over to creating businesses I wanted to start in the future.”

He had been working at a tinting business and realized this was a great type of business to start on his own because he was getting positive feedback from customers: they wanted his services.“It was something I found was my niche,” Hansen said. “I feel as if experience is greater than knowledge [learned in a classroom].”

Hansen’s window tinting shop, VersionX, quickly gained the attention of not only his local community, but customers from surrounding areas. He does his own marketing and advertising to promote the shop, including large community car meets for car enthusiasts to showcase their own vehicles.

Oregon-based photographer Jon Meyers found himself in a similar startup scenario. While attending college, he worked at a camera shop, and schemed with his friends about how nice it would be to start doing real commercial work in photography. He soon switched his major from Environmental Studies to Fine Arts, after realizing his earlier path wasn’t the right fit.

“I could have spent a bunch of money on art school, or I could have done my own thing and see what would happen.”

Just like Hansen, Meyers took business classes yet felt a degree wasn’t necessary in order to run his own photography studio. Meyers left college and moved to Chicago to pursue his dream and gain more experience. 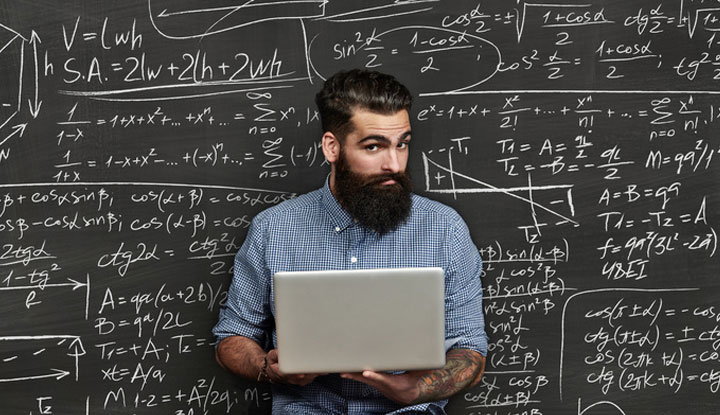