As many entrepreneurs discover, raising money to fund a small business isn’t for the faint of heart. Only 46% of small firms received some or all of the financing they sought in 2014, according to a 10-state survey … But fortunately, new options for small business owners on a money hunt are fast evolving. Here are five that first-time entrepreneurs often overlook. (TIME)

Product Videos: All the Cool Brands Are Making Them

Consumers don’t want to spend time reading about a product; they want videos. And brands that cater to such demands stand to see higher sales and gain loyal customers, according to February 2015 research by Animoto. Among US digital video viewers polled, 62.5% said that companies using video marketing understood how to reach their customers, and 56% believed video was mandatory for company websites. (eMarketer)

What Does Your Business Card Say About You? 25 Entrepreneurs Suggest ‘A Lot’

First impressions are easy to make and hard to break… For entrepreneurs, an essential part of making memorable first impressions is the business card. Business cards are a way to differentiate your brand from competitors,” says Mark Stokes of MediaNovak, a creative design agency. (YFS Magazine)

Should You Take Cash Or Stock To Sell Your Startup?

In 2000, the majority of tech acquisitions were primarily stock. One company would buy another using its own shares, instead of paying for the target business in cash. But since then, there’s been a secular trend to cash deals. In 2014, 90% of the tech M&A transactions consummated by companies, and excluding private equity firms, in the US with disclosed deal values were cash deals. (TOMASZ TUNGUZ)

Why Some Entrepreneurs Feel Fulfilled—But Others Don’t

Starting a business could make you rich. But that doesn’t mean you’ll be satisfied Researchers have long known that entrepreneurs generally feel much more satisfied than people who work for somebody else. And studies have suggested that the key factor in making them feel that way is money—the more the better. (Wall Street Journal)

Consumer electronics company Jawbone has sued rival Fitbit for “systematically plundering” trade secrets, by poaching Jawbone employees who had access to confidential information and took steps to download this information before leaving the company. According to the suit … Fitbit had recruited an estimated 30 percent of Jawbone’s workforce since early 2015 and induced some employees to join Fitbit, who brought with them “intimate knowledge of key aspects of Jawbone’s business.” (Re/code)

How Bold Entrepreneurs Are Breaking $1 Million In One-Person Businesses

The Etiquette Of Following Up A (Media) Pitch

Remember, journalists receive hundreds of emails and phone calls a day, and unfortunately, they don’t have time for every pitch. That’s why it is important for you to make the effort and follow up. This is just as important as writing the pitch itself. Here are some handy tips for how to follow up a media pitch. (PR Daily)

5 Challenges When Startups Move Into The Big Leagues

Entrepreneurs are known for their passion and commitment—doing whatever it takes to push their small businesses to new heights. But it can be tough to grow a company beyond $1 billion in annual sales without hitting a few speed bumps in the road, as the experience of Greek-yogurt tycoon Hamdi Ulukaya of Chobani shows. Here are five common issues entrepreneurs run into as their businesses succeed and expand. (Wall Street Journal)

Pinterest CEO Ben Silbermann said that while his five-year-old startup has social elements — you can re-pin an image or send someone a private message — he doesn’t view the company as a social network. (Re/code)

Hiring Fail: Why So Many of Us Are Awful at Delivering Job Offers

It’s no coincidence experienced hiring managers and recruiters tend to get tight-lipped and refuse to celebrate any new hire early. They’ve been burned in the past and have had to learn the hard way a search doesn’t end until the candidate is sitting at their desk for their first day in office. (OpenViewLabs) 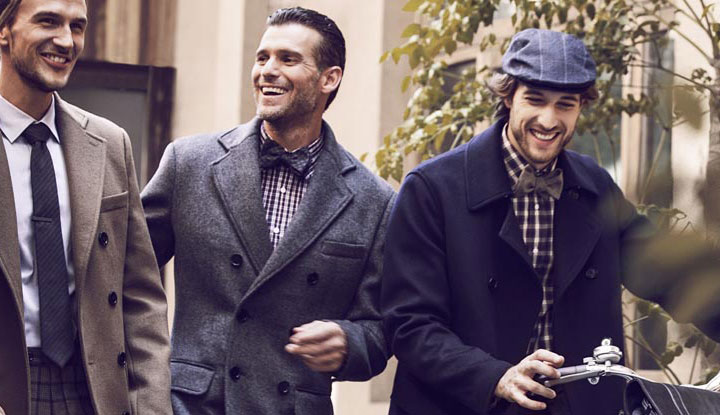