Startups Offer Masses A Slice Of The Sharing Economy

There is no doubt the sharing economy will play a huge role in the future of society and business. With advancements in technology and the Internet, consumers and...

The sharing economy and peer-to-peer startups have been getting a lot of press lately. Mainly, gripes about how collaborative consumption is hurting traditional industries, while individuals across the globe gain extra income.

As sharing economy pioneers, like Uber and AirBnB, increase in popularity, many industries have started to rethink their traditional business models.

With the rapid momentum peer economy startups are gaining, it is very unlikely that we will see the sharing economy disappear anytime soon.

In fact, it presents a plethora of exciting new possibilities, especially for individuals in need of extra cash. The sharing economy offers an opportunity for individuals to earn supplemental income by leveraging what they already own – a car, a house and even an extra dog bed. For many, it’s a chance to claim their slice of the pie.

Most know that “ride-sharing startups are in the process of thoroughly disrupting the taxi industry (HBR.org).” And for many Uber is a great way to supplement income – especially when unexpectedly strapped for cash.

As an independent contractor with Uber, the company offers individuals the freedom and flexibility to drive whenever they have time. After installing the App on a smart phone, and applying online, Uber pairs drivers up with others in the immediate area that need a lift. Pick them up, deliver them to their destination and get fast cash.

Is the taxi industry happy about this? Not exactly. For example, NYC Taxi industry proposes a cap on Uber, according to USA Today.  However, by cutting taxi services out of the picture, both consumers and drivers are benefiting without the middleman.

According to Uber’s earnings report , for 3 out of 4 drivers, Uber represents a steady source of income, with driver’s earning an average of $19 per hour. In some major cities like New York, drivers report earnings upwards of $30 per hour.

With such high earning potential, it is no shock that thousands of new drivers are signing up with Uber every month.

Airbnb is another popular peer-to-peer startup that aims to turn your spare room into short-term accommodations for travelers.

Since its 2008 launch, Airbnb has quickly gained traction as a solid alternative to traditional hotel stays. Airbnb now boasts well over 1,000,000 listings in 34,000 cities and 190 countries ranging from simple temporary room shares, to luxury mansions in exotic locations.

For those that live in an in-demand city, they’re sitting on a potential goldmine. Airbnb listers know it’s all about location-location-location. For instance, reports indicate that, for some, renting out their apartment to vacationers for just a few days per month can cover an entire month’s rent. Just a few years ago, Airbnb listers were averaging $21k per year in New York (Venture Beat).

Some even report turning Airbnb into a full-time business.

Though it can be a highly profitable venture, the legality and ethics can become controversial. Other industries are all too familiar with the concept (e.g., the cannabis industry and products like Pax 2 or companies operating in the gambling, alcohol, weapons, oil, cement and biotech sectors).

For renters, before listing a property with Airbnb venture, its wise to gain landlord approval to avoid legal violations which can easily put a tenant in breach of contract.

There is no doubt the sharing economy will play a huge role in the future of society and business. With advancements in technology and the Internet, consumers and service providers are more connected than ever before. Although this may come as bad news for some industries, it’s a win for small business.

Just think. The peer-to-peer business model can be applied to almost every industry, in some form. So, prepare to take advantage of it when the time comes and grab your own slice of the sharing economy.

Simon Crompton is an entrepreneur running several online businesses. Currently focusing on his marketing firm, Threecolors.blue, he is also a trained journalist sharing his knowledge via several internet blogs. In his spare time he’s an avid programmer and videographer. Connect with @PermanentStle on Twitter. 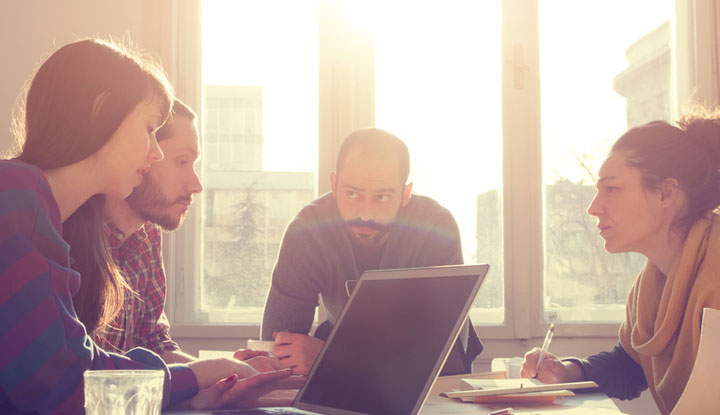