Is Your Business Full Of Half-Truths?

There are no half-truths, only whole lies. Yet telling only a fraction of the truth is extremely prevalent in the business world.

There are no half-truths, only whole lies. Yet telling only a fraction of the truth is extremely prevalent in the business world.

Most half-truths are told because we want to protect someone, deflect blame, or take the easy way out.

We’ve all been there: A customer places an order over the phone, and you somehow failed to carry it out. Weeks later, when he hasn’t received his product, you rush to protect your reputation by blaming the delivery service.

But in the grand scheme of things, it’s better to fess up.

These little white lies can chip away at your reputation and your peace of mind. A cycle of distrust will run throughout your whole business network if you depend on half-truths.

Personally, I believe in telling the whole truth. I’ve done so throughout the process of building and running my company, and I’ve reinforced the importance of integrity with my employees.

Sticking with the whole truth has brought us great results, and here’s why I think it will help you, too:

Even if the lie you tell your customer or business partner goes unnoticed, the act of lying can alter your state of mind. According to Linda Stroh, a professor emeritus at Loyola University, even seemingly insignificant lies will take a toll on your health.

“It takes a lot of negative physical and mental energy to maintain a lie,” said Stroh. “We have to think before we answer, and we have to plan what we say and do rather than saying and doing what comes more naturally.”

This is energy you could’ve spent working on creative solutions for your business or enhancing your products. A host of physical problems can emerge from a lying mind, too. Studies show that the more you lie, the higher your stress level, heart rate and blood pressure rise.

Everyone has a tell

You may think you can toss out that half-truth without batting an eyelid, but you can’t — your body language will give you away. Everyone has a tell, something that gives away the fact that they’re lying. And if customers have the slightest doubt about your integrity, they won’t hesitate to spend their money elsewhere.

According to a University of Massachusetts study, 60 percent of adults can’t have a 10-minute conversation without lying at least once. True honesty is rare, but that’s exactly why you should practice it. When customers see it in your business, they’ll love you for it and become loyal supporters of your brand.

At my first startup, I was tasked with closing major partnerships. Each partnership had the ability to generate thousands of dollars’ worth of revenue on a per-store basis across 150 stores. I positioned the company as the best in its space to make working with us more attractive.

One day, I was asked whether my company would generate more users and revenue than a competitor. Everything inside me lit up, sensing my answer could ruin the deal. Knowing that we couldn’t deliver more users and likely wouldn’t increase revenue, however, I had to be willing to lose the deal to maintain my integrity.

I told the prospect that we wouldn’t generate more users or more revenue — but on a user-to-user basis, we’d increase gross margins. Two weeks later, we won the account; the client had fielded many partnership offers and simply wanted to work with someone trustworthy.

Being honest in business doesn’t always mean sharing everything. It’s okay to refuse to answer questions that are either inappropriate or invade the privacy of an employee. HR directors deal with this all the time.

Saying nothing is always better than twisting or altering the truth to fit your needs. A half-truth will sour your reputation and leave you feeling self-conscious and dishonorable.

Small lies lead to bigger ones

According to cognitive dissonance theory, we want our behaviors to align with our personal beliefs.

For example, if you believe that everyone should go into a business deal with all the facts but you hold something back during a business deal, you’re essentially breaking your own rules. And that will cause you mental stress.

This cognitive inconsistency will negatively impact your ability to concentrate, make decisions and perform a host of other skills — until something gives. That “something” is the fact that you’ll start to justify your actions to realign them with your beliefs. So if you start telling yourself that little white lies are harmless, what will stop you from telling a larger lie later on?

If you promise yourself, your business and your customers that you’ll always be truthful — even when it’s difficult — you’ll start building a reputation based on honesty. And at the end of the day, the people you connect with will love you for it.

J.R. Garrett is co-founder of LogoGarden, and has recently taken on the role as General Counsel for PharmMD, an innovator in healthcare solutions. J.R. has years of startup experience, including early-through-late stage VC portfolio businesses. He is passionate about entrepreneurship and thrives on the opportunity to create value in his businesses, for all stakeholders. Connect with @jrgarrett_ on Twitter. 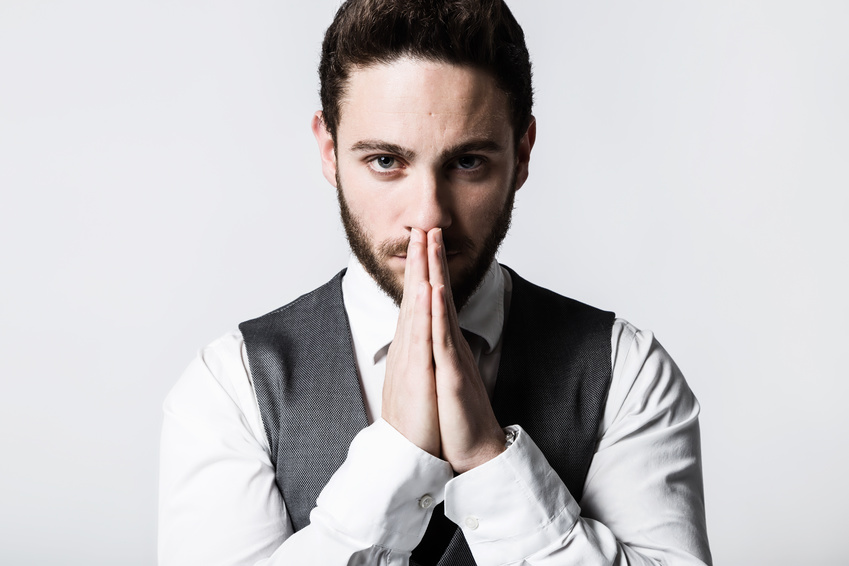