If you want to learn invaluable lessons about leading people, you don’t need to look any further than Bruce Springsteen's recently published memoir, Born to Run.

By Mario Moussa and Derek Newberry

If you want to learn invaluable lessons about leading people, you don’t need to look any further than Bruce Springsteen’s recently published memoir, Born to Run.

He’s a rock star with substance. Several years ago he addressed a South By South West music festival crowd in Austin, Texas, sharing pearls of wisdom that revealed an inside look at his poetic take on life and music.

“Rumble, young musicians, rumble. Open your ears and open your hearts. Don’t take yourself too seriously … and take yourself as seriously as death itself. Have iron clad confidence … but doubt, it keeps you awake and ready […] Stay hard, stay hungry, stay alive. And when you walk on stage tonight to bring the noise, treat it like it’s all we have … and then remember, it’s only rock and roll.”

They call him “The Boss” for a reason. In fact, Springsteen earned his nickname “The Boss” long before he became a legendary rock star and one of the world’s best-selling artists of all time.

Springsteen has proven that he knows how to launch a startup from scratch, assess his strengths and limitations with brazen honesty, and create an inspirational vision. He’s known for his ability to speak to the American worker, but he has plenty to teach business and political leaders, too.

1. Experiment with your passion

It happened in a record store, when Springsteen saw “THE HAIR.” It adorned the four mop-top musicians on the cover of Meet the Beatles. He embraced the look — a vision, if you like, in business terms — and decided to create a band in the mold of the Fab Four. But the Boss wasn’t made over night. As with any startup, it took years of hard work and experimentation for Springsteen to become a household name.

Early in his “launch” phase, he dedicated himself to two basic tasks. He honed his craft and built a team.

Springsteen learned to love performance at the local YMCA, where, as a young Catholic-school boy, he had the rare opportunity to do the Twist with public-school girls. But soon he found his true calling as a rock-and-roller and learned how to let his fingers do the dancing on the frets. He was nothing if not disciplined, memorizing the licks of the best guitarists on the local scene and practicing until his “fingertips were as hard as an armadillo’s shell.”

A rocker needs a band, of course, and Springsteen searched for years until he found the musicians who together could tell his distinctive story. The unflagging effort produced a group that ultimately included guitarist Steve Van Zandt, saxophonist Clarence Clemmons, and the other artists who had just the right mix of sound, talent, personality, and image.

Sure, Springsteen had something to say, but he experimented, made mistakes, regrouped, and worked like crazy for years before he learned how to communicate it. Take note, would-be leaders: there are no short-cuts to realizing your vision.

Ancient philosophers and successful rock stars know how important it is to “know thyself.” For Springsteen, that meant acknowledging he didn’t have much of a voice. He realized that, for him “to sell you what you’re buying,” he would have to do it all: “write, arrange, play, perform and, yes, sing to the best of my ability.”

Like Springsteen, management expert Jim Collins has learned that great leaders “confront the brutal facts.” For example, mutual fund tycoon Charles Schwab, who is dyslexic, recalls of his college days: “Some of the most brilliant people at Stanford . . . had no clue about how to get out of a wet paper bag socially. In my case, I knew I wasn’t that smart, in English anyway. But I’ve always felt that I had very strong conceptual abilities. I could imagine things much faster than some other people who were stuck thinking sequentially.” Springsteen, for his part, recounts that his “vocal imperfections” only inspired him to work harder on his writing and performing.

We all operate to some degree with what psychologist Shelley E. Taylor calls “positive illusions.” In other words, we think we’re just a little more talented than we actually are, and usually this self-deception helps us get by. But it is counter-productive if you want to perform at the highest levels. As Springsteen observes, “the sound in your head has little to do with how you actually sound.” For him, a tape recorder served the function of a “bullshit detector.”

To be your best – as a communicator or team leader — you’ll need your own detector.

In a recent interview, NPR’s Terry Gross asks Springsteen if he ever thought about the fact that “many people really wanted to be you.” He responds: “I had plenty of days where I’d go, “Man, I wish I could be that guy.”

Is Springsteen admitting to being inauthentic on stage? Hardly. He is recognizing that a performance of any kind is all about being on stage.

When you run a meeting, deliver a speech, or give feedback, you are on stage, performing. In other words, it takes discipline – professionalism and commitment – to communicate and connect; it involves consciously playing the right role, whether it be rock star, business leader, or president. Yes, you have to “confront the brutal facts about yourself,” but then you have to work with your limitations to get people to buy into your vision.

GE’s CEO Jeff Immelt once said: “Leadership is an intense journey into yourself.” Born To Run is an account of one such journey, which led Bruce from Colts Neck, New Jersey to becoming “The Boss.” We would be thankful if all of our leaders – corporate as well as political – were willing to walk a similar path.

Dr. Mario Moussa and Dr. Derek Newberry are the authors of Committed Teams: Three Steps to Inspiring Passion and Performance. Dr. Moussa teaches in the Executive Programs at Wharton School of Executive Education. Dr. Newberry is a lecturer at the Wharton School. Connect with Dr. Moussa at moussaconsulting.com, and with Dr. Newberry via Twitter, @derekonewberry. 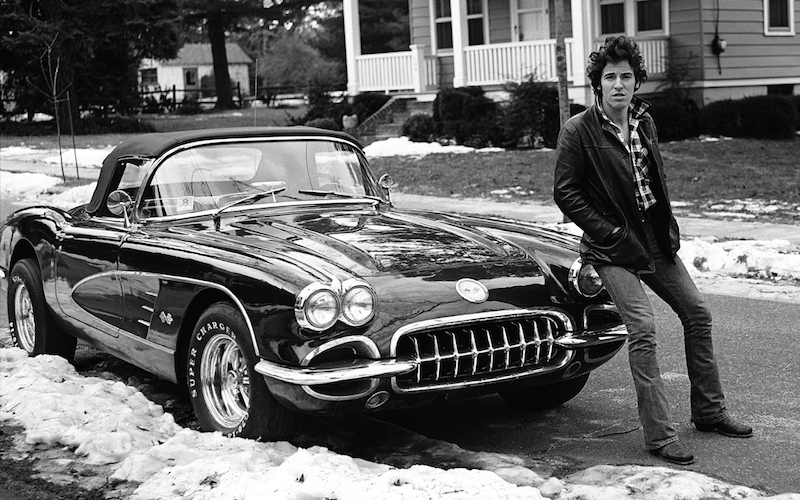