This Is The Best Way To Encourage Innovation

We had more opportunities to learn and we should have been developing new, creative and impactful roadmaps. I didn’t know why we weren’t.

As a recent addition to the new fathers club, completely clueless as to what I am doing, I find myself on the parenting topic quite frequently. My hope is to gain some wisdom from those who are more experienced.

A recent conversation serves as a perfect illustration.

My friend has two children. We recently discussed setting an example for our children and the best way to go about it. He said: “Your kids won’t always do as you say, but they will always do as you do.”

We finished our beers and parted ways, but that statement continues to resonate with me, at home and at work.

You see, what holds true for your family holds just as true for your employees and peers. This may be obvious to you, but I am just beginning to realize its full importance.

While I have slightly more experience running a company, as the CEO and co-founder of Rented.com, I am still a relative newbie on that front as well. As a newcomer, I try to instill scrappiness and hunger–that led to the founding of the company in the first place–into each and every one of our employees.

I do this in a number of ways, from giving every single employee equity in the company (so that they are true owners) to weekly idea board sessions where everyone is encouraged to share new ideas.

As an early stage company, we can only survive and grow if we commit to innovation and improve every single day. Every day we come to the office, we have to be better than the day before. And each day, we have to learn something new that will enable us to come in the next day and be even better still.

Back when we were a two- or three-person company, this was much easier. My co-founder and I were so close to every single component of the business that we could personally ensure actionable learnings and execute. Now that we have 20 employees, we are more reliant on others.

We want our team to be as invested as we are. We also know that since they are closer to our customer, they can and should have new ideas to improve the business. We not only want them to bring these ideas up but we need them to in order to keep improving.

At first, I told my team I wanted and needed their ideas. Over a period of a few months, I saw a decrease in the number of new ideas shared–even as we added more employees and customers. We had more opportunities to learn and we should have been developing new, creative and impactful roadmaps. I didn’t know why we weren’t.

After several one-on-ones, the reason became apparent. Despite my words and encouragement, not everyone felt their ideas were sought or valued within the company. Digging a bit deeper, the reason for this became clear: It wasn’t them, it was me.

As a former attorney, in law school our approach to legal reasoning was for one person in class to throw out an argument. Then the rest of the class would try and break that argument down. If the class succeeded, we moved on to another argument until we settled on the answer. No one took this personally because the idea was separated from the person. This was just how we came to a resolution.

In the business world – especially with creatives – the situation is different. Whether or not you say the idea and the person are two different things, people often sees them as one and the same. Thus, an approach that seemingly starts with “no, and why not,” is as uninspiring as saying their ideas and opinions hold no value. My entire approach to eliciting feedback and new ideas was undermining exactly what I was trying to achieve.

I could have defended my approach, and tried to get the company to understand it and change. But it seemed far easier for me to change than to try and change 20 people all at once.

It is still in its early days, but the new approach of “yes, and” rather than “no, and why not” seems to be working. Ideas are flowing in once again and a few have already been rolled out directly to customers with immediate impact.

I can’t say for certain there will not be times I revert to my old argumentative ways, but for the sake of the company and our culture of innovation and idea sharing, I will do my best to make sure everyone can do as I say and as I do.

Andrew McConnell is the Co-Founder and CEO of Rented.com. A version of this article originally appeared here. Connect with @MAMcConnell on Twitter. 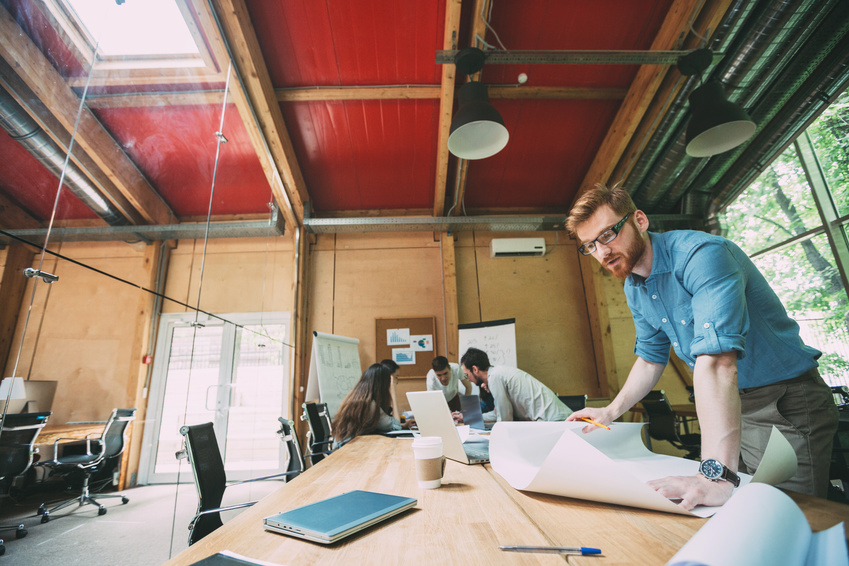