Diversity And Inclusion Are Critical To Startup Success

Diversity and inclusion are equally important in the workplace –especially for startups. The world is becoming more diverse. Can you keep up?

Diversity and inclusion are equally important in the workplace. The words are often used interchangeably, but they are not the same.

Diversity means “differences” – religion, race, age, sexual orientation, gender and culture – the things that make us unique. The definition of “inclusion,” on the other hand, is the act of using all of these individual characteristics to create a beneficial and meaningful whole.

As someone who serves on the Commission on Women for Atlanta and is a black female CEO with a doctorate in engineering, I’ve been told over and over again that there is no benefit to contributing my perspective and experience to the entrepreneurship conversation. Though many people believe that inclusion is just a distraction based upon their comfort level, it makes businesses more financially successful and often helps them better connect with their target markets.

Inclusion embraces the fact that everyone is different and that we all have something distinctive to bring to the table. In short, diversity is about numbers, while inclusion is about putting diversity to work.

Here’s why it isn’t enough just to have diversity, and what the startup ecosystem stands to gain from the act of inclusion:

Why do gender-diverse companies outperform? Because women make up a large portion of the consumer base. In fact, it’s estimated that 43% of American women are the ones making decisions, while only 26% of men have the final say.

As for racial and cultural diversity, the majority of whites and Latinos believe African Americans set cultural trends in the U.S. Wouldn’t it make sense then to take diversity a step further and let these voices be heard in the startup ecosystem?

I recently attended a pitch competition where a wedding dress company pitched. I was surprised by how many men in the audience asked me if I would buy a wedding dress online. It’s nice to find a gender-diverse perspective on the fly, but it’s even better to have that perspective included throughout the decision-making processes.

You can attain the full definition of “inclusion” not only by increasing the numbers of unique faces but also by respecting, valuing, implementing and supporting individual differences. This means putting diverse people in positions of power and in positions where they have a voice.

It does no good to have a diverse workforce if these individuals are stuck behind cubicle walls, unable to offer perspectives to catapult business changes and growth. Employees are happier when they know their views matter. As a result of increased personal fulfillment, the employee turnover rate will drop significantly, and creativity will multiply.

Several years ago, I was asked to join a project focused on researching the analytics behind customer trends worldwide. I asked why they needed me. The person replied by telling me that everyone on his team had the same background and perspective. He believed his probability of success would be low if he wagered the product’s success on the ability of one group to evaluate trends globally. In short, he understood that differing points of view would increase the likelihood of success.

Keep pace with a diverse world

It’s estimated by 2050, there will be an end to racial minorities in the U.S. There will be no racial or ethnic majority, either. As such, we need to ensure workplaces, and especially the startup ecosystem, are inclusive of all  diverse perspectives and their endless fountains of ideas.

Growing up in southern California, I was exposed to a melting pot of people. As such, I feel comfortable in rooms where no one looks like me. I have been asked many times how I’ve been able to make so many different kinds of connections: I attribute this to my exposure. By increasing exposure across the board, this hurdle will be one less obstacle to overcome.

In 2009, Mattel drastically expanded its consumer base by creating black dolls. The launch was welcomed with open arms by young consumers who were thrilled to finally see dolls that looked just like them.

The dolls were created with the help of Mattel’s African American Employee Resource Group to ensure they were culturally sensitive. Today, the So In Style™ dolls are one of Mattel’s biggest sellers.

As individuals move toward appreciating differences, businesses must follow suit to stay relevant. Here’s a thought to ponder: Would Mattel continue to be one of the most successful toy manufacturers if it had not focused on inclusion?

In a world where only a few venture capital firms have female partners, we must embrace and implement the full definition of inclusion in the startup ecosystem so we can begin to see these changes.

Remember that inclusion means far more than just numbers: It means using the voices and talents of a diverse group of people to not only increase profits, numbers and customer bases, but to also create happier, more fulfilling company culture.

Dr. Roshawnna Novellus is the Founder of EnrichHER, Host of Startup Funding, and serves on the Commission on Women for Atlanta. Connect with @drroshawnna on Twitter. 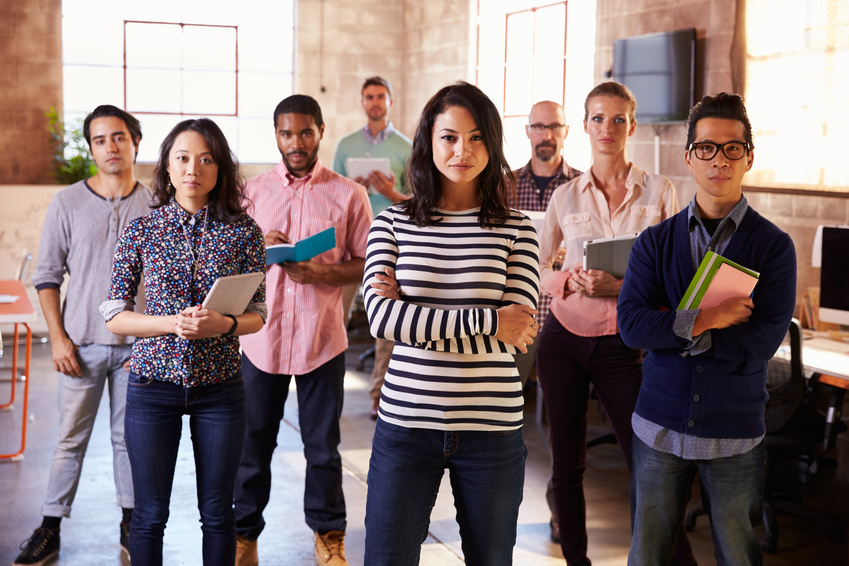