Developing a Spanish language business strategy is a smart move used by brands across the globe. Here's an inside look at what you need to know.

Does your business speak diversity?

As you might suspect, “English is the most influential language of academia and the business world, occupying the top in the field of languages, and spoken by over three-quarters of the world’s population.” And “Believe it or not, the United States has recently been cited as the second largest Spanish-speaking country in the world, where an estimated 37.6 million people speak it as their first language.”

Overall, “572 million people speak Spanish worldwide, of which 477 million people are native speakers, according to a new report from the Spanish government’s Cervantes Institute.”

The only language which has more native speakers is Mandarin. But Spanish is also one of the most widespread languages in the world. This means it’s one of the top languages to learn for international business. Meanwhile, the U.S. Hispanic population is projected to double by 2050 making Spanish an essential language and earnings opportunity when conducting business in the U.S.

A Spanish language business strategy is a smart move

In fact, developing a Spanish language business strategy is a smart move that’s used by brands across the globe. The more widespread a language becomes, the more useful it is for trade. Make no mistake, Spanish is spoken everywhere!

“the U.S. Hispanic population is projected to double by 2050…”

Spanish is not only spoken in Spain and other parts of Europe but also across vast swathes of Latin America and among Spanish-speaking residents of the United States. Being able to communicate in Spanish with confidence and style can open up large new markets.

In this article, we’ll take a look at how to develop a Spanish language strategy for your business.

Where is Spanish spoken?

You’ll find plenty of Spanish speakers in places where you might not necessarily expect. There are huge markets in Spain itself, of course, where Spanish is spoken by an est. 90% of the 47 million-strong population. But there are also Spanish-speaking countries like Mexico, Argentina, and Chile which are showing huge growth – among massive populations.

Not to mention, countries where Spanish is an official language (e.g., Colombia, Costa Rica, Cuba, Guatemala, Uruguay, Panama, Venezuela, and Ecuador, etc.) or other parts of the world with significant Spanish-speaking populations.

The United States is actually the second largest Spanish-speaking country on the planet with 52 million native speakers – more than Spain itself, if only due to relative size! The United Kingdom, France, Germany, and Switzerland also have sizeable Spanish-speaking populations.

Spanish is also one of the official languages of:

It’s no wonder why Spanish is lauded as one of the best languages to learn for business in 2019, and beyond.

Remember the variants and dialects of Spanish

The language diversity throughout the U.S. is tremendous. A good example of this is the Hispanic market in the US. It’s worthy of some thought and study. There are a few things which set the U.S. Spanish-speaking market apart from others – even many Spanish-speaking ones.

A dramatically different group of Spanish audiences can be found in Latin America. Latin America technically consists of around 20 or more countries. It starts at the northern border of Mexico and stops at the southern tip of Argentina and Chile. It’s also often said to take in much of the Caribbean on the way. It’s roughly defined as those parts of the Americas where Romance (Latin-based) languages are mainly spoken. As such, it represents a truly massive area – 13% of the world’s total landmass.

Sixty percent of Latin America’s 640+ million population is Spanish-speaking. There are many challenges when doing business in Latin America if you don’t have local knowledge. But there also many opportunities:

When entering a new market, identifying a local partner will always make things easier for you. If you are conducting business in Latin America, specifically, understanding the enormous differences in culture between Latin America and the rest of the world, and even sometimes between neighboring countries – will be critical to your success.

How to enter the Spanish market: Doing business in Spain

Spain is distinctively unique. As the home of the Spanish language, it is often thought of as one of the gateways to the world in terms of business and commerce. The country regularly hosts global trade shows in many industries, including:

Spain can also be a fantastic gateway to Latin America. The country retains strong relationships with most of its former colonies. British businesspeople, in particular, will find this kind of Spanish Commonwealth a familiar idea.

Both Latin American Spanish and the Spanish spoken in Spain have a huge amount of “internal” variations to keep in mind:

Spain has seventeen regions with their own cultures and dialects – including Galician Spanish, Extremaduran Spanish, and Murcian Spanish – as well as entirely distinct languages like Catalan and Basque spoken within its borders. When compared to Latin American Spanish, Mexico alone has over 100 dialects according to some sources.

Aside from these two broad groups, there are also other types of Spanish spoken in various parts of the world:

Some may wonder whether it’s best to learn French or Spanish for business purposes. This article suggests that Spanish is, without a doubt, among the top languages to learn for international business. Possibly, the top, following Mandarin. Whether you choose to enter a new market and learn the language or localize your marketing collateral to reach Spanish speaking consumers, keep these tips in mind.

Create a Spanish language strategy for your business, comes with various nuances. Need some help figuring it out? Talk to existing Spanish speaking customers, reach out to consumers in your target market, and consult or hire a local freelance language expert to ensure your messaging is correct and relevant.

Julie Giguère is the managing director of Asian Absolute. She holds responsibility for Asian Absolute’s global Project Management, Quality Assurance, and Vendor Management teams. Julie also personally led the start-up of the company’s operations in Bangkok and Panama City and manages the company’s sales offices in other locations. 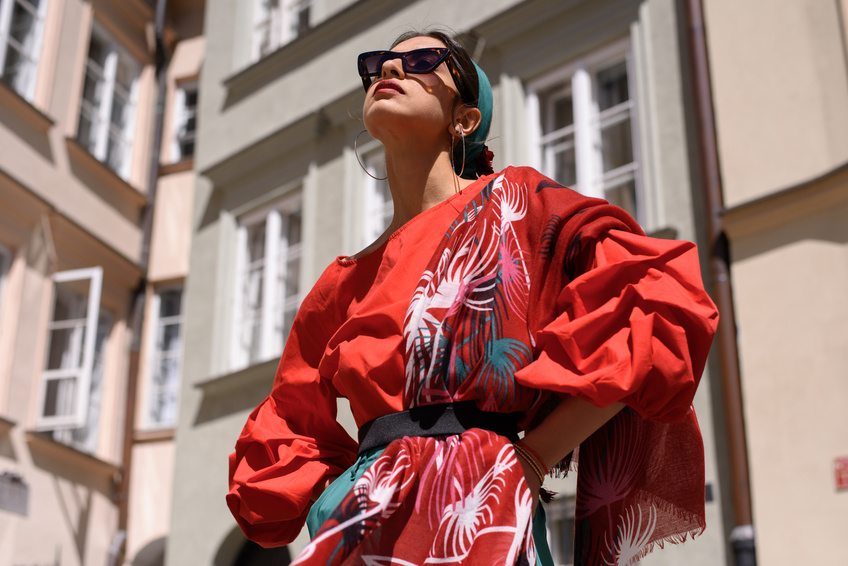