If you’re like me you probably have a pretty enthusiastic outlook on the idea of being an entrepreneur. That’s good. You’re going to need it.

If you’re like me you probably have a pretty enthusiastic outlook on the idea of being an entrepreneur.

That’s good. You’re going to need that passion as the world savagely grinds you to dust over and over again until you’re wondering which way is up, why you started this, and what it all means.

As a military veteran who stepped away from the corporate world to plunge into a pretty wild array of enterprises (from e-commerce success to digital marketing, with a quick stop for a record-breaking zombie movie), I’m here to assure you of absolutely nothing.

The idea you have right now probably won’t work, but you’re not going to believe me, so you’re going to do it anyway, and it will fail and you’ll cry yourself to sleep like the miserable sack that you are after expending a ton of money and time. I’ve done that a few times. The key is to have a few extra pillows so you’re not sleeping damp. You don’t want an ear infection.

But then some of you will wake up in the morning, make some adjustments, and try again, failing less spectacularly the next day with the same enthusiasm as the day before. You are my people.

So, with that in mind, knowing you are going to suffer if you’re ever going to make it, I’d like to help you suffer less, by sharing a few things that might help you along the way.

Before we start however, please remember that everything I’m about to tell you could be wrong. There’s no right answer to any of this, and my strengths might not be your strengths. In fact, I didn’t even really want to lay out rules for entrepreneurship (but I was asked to). As Captain Barbossa from the Pirates of the Caribbean once said, they’re really more like guidelines. But here goes:

New entrepreneurs (regardless of age) think they have a brilliant idea that has never been considered before and will most certainly succeed. That is almost never true. When I started Ranger Up, I cockily printed 144 pieces of 26 styles, investing about 40k in printing. 2 styles sold. The rest of the shirts sat on dusty shelves for ages. The last ones finally left the shelves six years later, even as the company grew to be a multi-million-dollar endeavor. I was crushed. But I iterated.

What made the two styles good? What made the others bad? My next batch of designs did much better. Fast forward a few years and we were running a 25,000 sf warehouse and knew exactly what we would sell in each style before it even hit the web.

“I didn’t know what we were yet, so I was open to constant change with no emotional attachment.”

That same concept has played out in every business I have been a part of, and is playing out now with my newest endeavor, Diesel Jack Media. What we expected to be doing when I founded the firm is vastly different than what we are doing now, one year later.

The difference is that I went into DJM with the outlook that I didn’t know what we were yet, so I was open to constant change with no emotional attachment. Using that methodology, I have built my third firm that has crested seven figures. This time I was able to do so in a matter of months rather than a matter of years.

2. Don’t lie to yourself

Much like the rhythm, your ego is gonna get you. When you win, acknowledge your wins and bask in them for a second. Let them fill you up. But when you lose, own it completely. It’s your fault. Not the market. Not circumstance. Not a bad vendor. You made decisions that led up to this moment that turned out to be bad.

When you own it, you can fix it. You can get better. When you don’t, you make excuses. Waiting ensues. Hope becomes your plan. And folks, hope is not a plan.

Free yourself of the trappings of ego early. Don’t worry about failure. Know that you’re absolutely going to fail. Learn from it. Improve. If you don’t––if you spend a lot of energy defending yourself and the unfairness of the universe, you’re going to have a bad time.

Fake it until you make it is the dumbest advice you will hear from anyone. It is vain. It adds additional pressure you don’t need. And chances are you will be bad at it. We all know when people are feeding us nonsense. So why do it to your customers?

“Fake it until you make it is the dumbest advice you will hear from anyone. It is vain. It adds additional pressure you don’t need.”

Be genuine. Sell your product or service in the manner you feel comfortable. If you’re a serious person, be serious. If you’re a clown, be humorous. If you are kicking butt, or if you’re having challenges, don’t be afraid to be honest with your customers. One of the reasons that I have managed to retain relationships with customers, vendors, and clients for fifteen years is because I never feed them a story.

When we had a manufacturing issue that caused orders to be late, I told everyone what happened and took full responsibility for my failure. My sales went up. It was the last thing I expected. But I didn’t do it as a marketing ploy. I legitimately was upset that we had a logistics issue and I wanted to set the record straight. I knew how I would want to be treated if I was a customer, so that’s how I treated my customers.

Think about your brand. Imagine it in its perfect state. Who is it for? Who is your perfect customer?

If you said “everyone,” you’re wrong. Very wrong. Laughably wrong. Hang your head in shame.

People only buy their first choice. They buy the thing they’re excited about. Think about your own behavior. If you go t-shirt shopping or jeans shopping or jewelry shopping, there will be a lot of things you like. Graphics you smile at. Rings you click on. Jeans that you consider. But you’re only buying one.

So your job is to think about that small group that will love your product. Not like it. Not smile at it. Not say, “Oh that’s clever.” or “Wow, that’s cute.” You need them to say, “I need that.”

Then you need to go after those people with the fiery intensity of a thousand suns. All of your energy should be in making them love you. And by doing so, you will create friction. Some people will hate you. They will complain in the comments section. They will attack you. They will tell you that you’re no good.

“I always know that something is working the moment I start seeing the haters pop up. When you stand for something – anything – they always do.”

And until you develop a harsh entrepreneurial exoskeleton, this will hurt. But it shouldn’t. I always know that something is working the moment I start seeing the haters pop up. When you stand for something – anything – they always do.

Walmart, Target, Amazon – they stand for nothing except commerce. They can afford to. They have the best supply chains, the best prices, and the most scale. You can’t do that. You can’t be for everyone. Figure out who you are and who your customer really is and own it. Focus so intently on them that the haters show up. Then you know you’re making progress.

When I started out, Myspace was the heat. Then Facebook. Then Twitter. Then Snapchat. Then Instagram. Now TikTok. There will be more. Styles have gone from simple graphics to all over prints with skulls and dragons to ultra-thin materials with bright colors to plain and simple classic choices, all in about a decade and a half. When I started mobile was 7% of all website traffic. Now it’s 82%.

“If you keep doing it the way that made you successful, you eventually won’t be successful.”

And that probably sounds terrifying. For me, though, it’s the fun part. Being an entrepreneur is so pure. You have to love the process, not the result. When you love the process and constantly improve, the results come and they’re great, but truth be told…you kind of don’t even notice because by the time you get there, you already have a new goal.

So if all of this sounds terrifying, good! It should. But do it anyway, because there’s truly nothing like creating something where there was once nothing.

Hope to see you out there!

Nick Palmisciano, Founder of Diesel Jack Media, holds an MBA from the Duke University Fuqua School of Business and a B.S. in Mechanical Engineering from the United States Military Academy at West Point. He was awarded the Entrepreneurial Organization’s Veteran Entrepreneur of the Year Award in 2015. As a Cub Scout, he earned the Bobcat, Wolf, Bear, and Webelo Badges. The Wolf Badge was his favorite. He stepped away from a successful corporate career to launch one of e-commerce’s leading patriotic sportswear sites, Ranger UP, which opened the door for Amazon’s #1 indie film and a top crowdfund performer, Range 15, then parlayed that experience into the launch of digital marketing firm Diesel Jack Media. 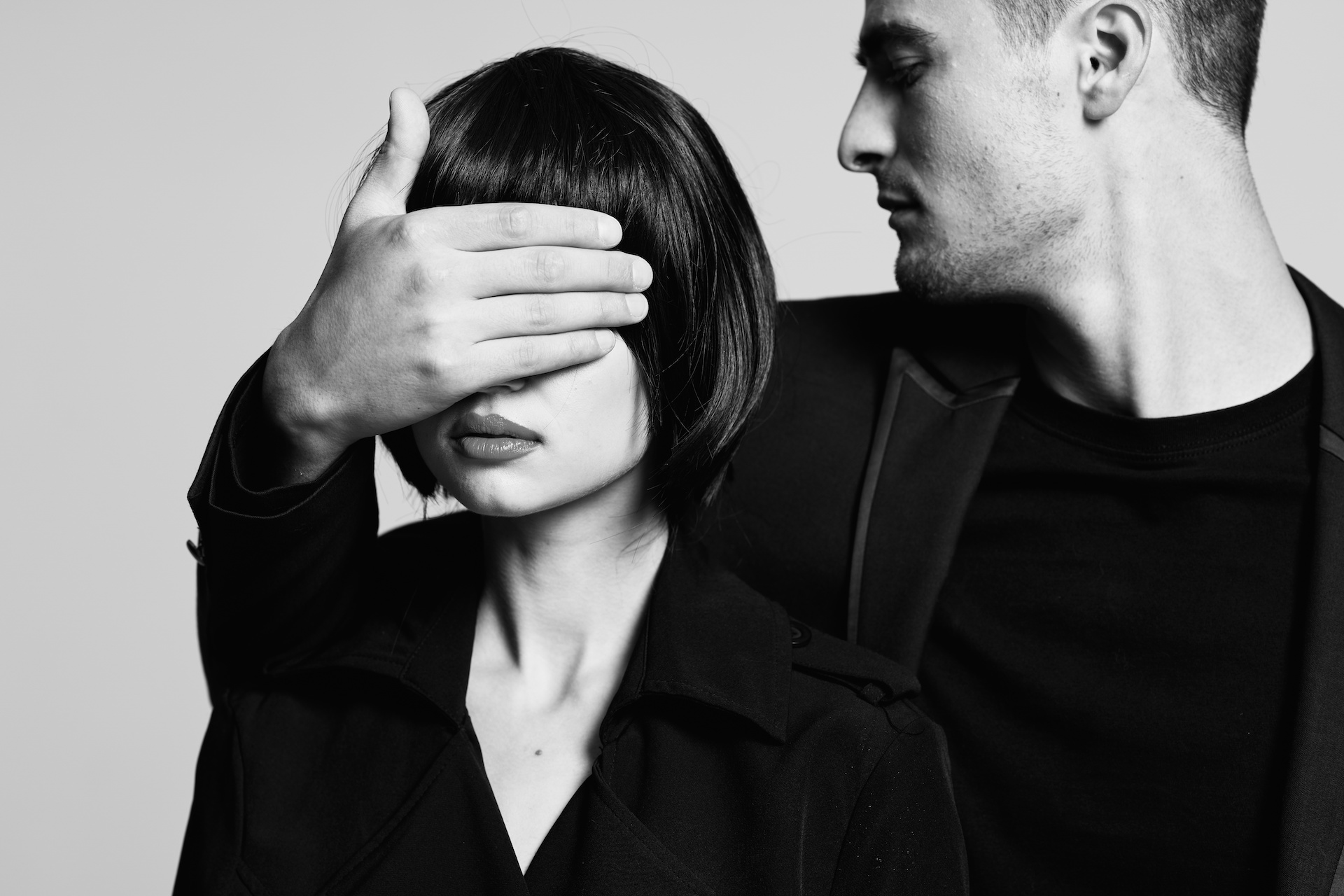