PR, Philanthropy and Social Media – a winning combination. Giving is the quickest way to receive. It’s a novel concept with seeds of epic proportion. Many companies are...

PR, Philanthropy and Social Media – a winning combination for emerging brands. Giving is the quickest way to receive. It’s a novel concept with seeds of epic proportion. Philanthropy and cause association play a tremendous role in branding, business development and a company’s overall equity [image]. And with Social Media comes ‘social responsibility.’

Initiating two-way conversations, supporting causes greater than one’s self [charitable aid/donations] and building strong brands is not an easy task. But leave it to a new breed of PR maven’s that lead the pack in holistic and socially aware public relations. Amongst them is newcomer, Natasha Huang with the recent launch of NH Media – a boutique PR firm based in New York. There’s something to be said for ‘kitchen table ideas’ [i.e. fleeting ideas with seeds of greatness locked inside]. Learn how a successful PR consultancy was born in the heart of NY City at Huang’s kitchen table earlier this year. This budding entrepreneur proves achieving your dream is easier than you may think.

Just started in a kitchen one afternoon. I had business cards and a website made. A week later, I networked and started pitching potential clients.

I graduated from the University of San Francisco with a Sports Medicine degree and started working in health care for hospitals and doctors as their Director of Marketing. I decided to leave for the Big Apple and became the Director of Marketing for Encore Magazine after turning down a job at Harper’s Bazaar. It was at Encore where I transformed the small niche publication into a vibrant and exciting brand. Strong contacts with the Brooklyn Academy of Music, Madison Square Garden, Lincoln Center, Daily Candy, Time Out New York, Mercedes Benz Fashion Week, and many others resulted in a fantastic Fall Season kick-off party, celebrity photo shoots, and exclusive interviews that caused Web site traffic, social media hits, and newsletter subscriptions to skyrocket. It was here that I gained confidence in my talents.

At this point, I began to grasp the power of social media and decided it was time to start a company that was open to taking advantage of these outlets. In Feb 2010, NH Media was born and in June 2010 kicked off its official launch to the media and press at Cult Studio in New York City.

I find I am my own best success story because I am a minority woman who started her own social media pr company to show brands that there is way to build successful businesses with minimal marketing and PR efforts and get a strong return of investment. Also, I strongly support women empowerment by including philanthropy into my business model. I support anti human trafficking organizations that help women come back into their living communities. People in public relations forget how influential they are – we can make a difference within society for what we believe in.

The economy is the first hurdle. Then there is convincing companies and brands that they don’t need to spend a ton of money on typical advertising such as radio, print and television. Because NH Media is a social media PR firm, we want to be able to give clients the best return of investment on their money. Companies are now seeing how powerful social media outlets are and all need to embrace the future of social media PR.

Always believe in yourself because you are a lot more capable of achieving your dreams than you think. Anything is possible. Don’t be afraid of the unknown because everyone starts from not knowing. You can learn on the way. Like Kelly Cutrone says, Fake it till you make it”. And believe it, you will fail, but the difference between being successful and failing, is having the ability to just stand up and start again the very next day. Also, network, network, network, you NEVER know who you will meet. 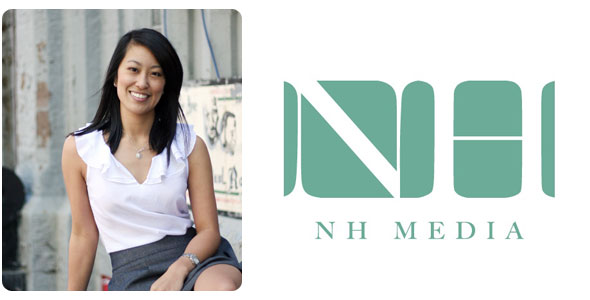