Go From Idea To Launch In Less Than 6 Months

Like most great businesses, Joel Gascoigne’s tweet scheduling app Buffer was created to fill a need. In this case, it was two needs.

The idea behind Buffer is pretty simple. You are given a “buffer” to fill with scheduled tweets and you specify times during the day for the system to send out a tweet stored in your buffer. A free account gives you 10 tweets at time in your buffer from a single Twitter account and the two paid plans offer more tweets with more Twitter accounts.

What started just six months ago as an idea for creating an easier way to schedule tweets has turned into a viable business with expected revenue of $40,000 this year. Some key lessons can be learned from Joel’s journey thus far.

When Joel released the first version of Buffer, the product itself didn’t even exist yet. Instead, he put up a page that explained what Buffer did in three simple steps with a button labeled ‘Plans and Pricing’. That button led visitors to a “we’re not quite ready yet” page with an email signup form, and that was the whole site.

After Joel had collected a 120 emails and decided there were enough people interested in Buffer. Next, he needed to see if people would pay for it. Joel did this by adding a page between the existing two that showed three available plans and their prices. When visitors clicked on one of the plans, they were redirected to the same email signup page. Now Joel knew people were willing to pay for Buffer and what pricing plans they were most interested in. His next task was to build the product.

2. Set a deadline to launch and only launch what’s ready on that date.

Many entrepreneurs feel they need to have a 100 percent perfect product to launch or customers won’t buy. Joel is an example of why that statement isn’t exactly a hard and fast rule. After realizing he initially underestimated the time it would take to build Buffer, Joel gave himself a deadline of seven weeks. There were a number of features he felt were vital to launch that Joel had to leave out when the deadline came, such as guided step by step signup pages.

3. You don’t always need a gigantic network for promotion.

During those seven weeks of building his product, Joel promoted what he was building on Twitter and only had around 1,700 Twitter followers at the time. You don’t need tens or hundreds of thousands of people to promote to at first. Start with what you have and build from there. As more people become aware of your product, begin using it, and liking it, they will start spreading the word about your product to their networks too.

4. Be personal and listen to your customers.

Joel realized he didn’t listen to customer feedback enough in his previous startup. With Buffer, he was determined to change that. I experienced this first hand when I received my signup confirmation email from Buffer. The email was from Joel’s own email address and when I replied to that email, he sent me a speedy response. He was very personal and friendly, which made me even more of a fan of Joel and what he was building.

Tim Jahn is the co-founder of Entrepreneurs Unpluggd, a unique event series featuring entrepreneurs sharing their stories in an intimate, “unpluggd” format. Tim is the author of “Use Interviews To Increase Your Blog Traffic”, an e-book teaching the art of interviewing and how it can help increase blog traffic, and a regular contributor to Tech Cocktail and Crain’s Chicago Business. 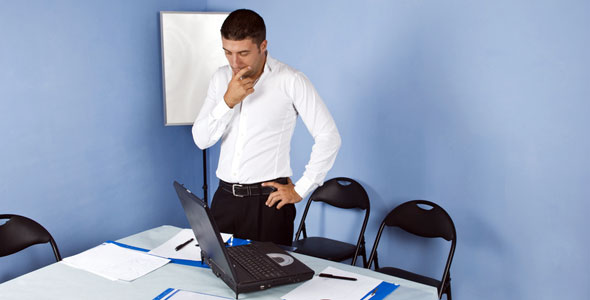