Alec Shankman developed GotCast.com as a way for the rest of the world to get discovered by Hollywood - without actually having to be in Hollywood! Learn how...

How does a once aspiring actor turned TV agent launch a company to help up-and-coming talent, partner up with VC’s and sign on big brands including Project Runway, Sony, Maxim, Mercedes Benz and NBC? Alec Shankman, the founder of GotCast.com, an online company that connects undiscovered stars and Hollywood Executives, started with one simple idea. “If you believe in your idea – if you truly believe – then do not give up,” said Shankman.

Shankman, a former TV agent, spent his time trying to figure out how to get everyone through the red tape of Hollywood and in front of the people that could change their careers. After talking to Producers, Casting Directors, and Agents, he learned that they were having just as much of a problem finding talent as talented people were at getting discovered.

He soon developed GotCast.com as a way for the rest of the world to get discovered by Hollywood – without actually having to be in Hollywood! Learn how Shankman got started and why it’s all worth it in the end.

My business partner, Wil Schroter, and I launched GotCast in late 2007 in an effort to help Hollywood connect with aspiring talent all around the nation. Wil, a serial entrepreneur, built the website while I, still a TV agent in Hollywood at the time, started to introduce everyone I knew in the entertainment industry to the idea. We bootstrapped the concept until NCT Ventures decided to make a VC investment in our company, which allowed GotCast to staff up and get rolling full speed.

In 2009, we launched a casting contest for the show Project Runway. It ended up being the largest casting we ever hosted with over 50,000 people registering and driving five million page views for a single role. In turn, it encouraged us to launch a separate contest platform, which we call MediaBlastr. We now work with huge brands like Sony, Maxim, Mercedes Benz and NBC.

The biggest challenge is balancing money and funding against costs. At times when we were first starting out, I had to go for months on end without taking home a single dollar to pay rent or eat. It can be incredibly stressful and kept me up at night, but it’s all worth it in the end.

If you believe in your idea – if you truly believe – then do not give up. When most people stare into the abyss and have no idea where the next dollar is coming from, they’ll give up. But a true entrepreneur must stay focused, must stay strong, and if you do, it’ll pay off. I promise.

Stay connected with GotCast on Twitter. Did you enjoy this article? If so, subscribe to YFS Magazine and never miss an update. Don’t forget to make our friendship official and join Young, Fabulous & Self-Employed entrepreneurs on Facebook. 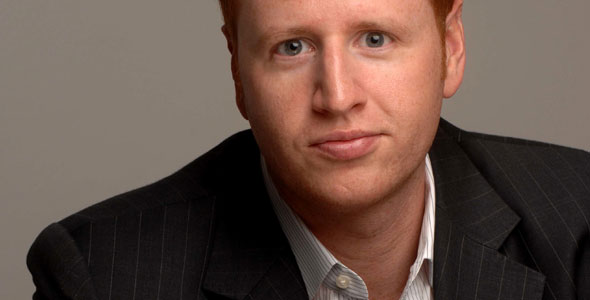