How To Build A Bridge In Global Business Relationships

Cultural differences are a common point of inference for people all over the world. In business, learn the best way to prevent cultural clashes.

Cultural clashes are a common point of inference for people world over. Take any person and you can see the influence of his or her culture in their actions, in the way they talk and even in the way they manage a business deal. These thoughts and actions are so deeply rooted in a person that they may fail to notice it until they come across someone that is a polar opposite. And, then the difference is front and center.

Going beyond the obvious

Culture clashes are an inevitable result of two cultures coming together. Sometimes they can be humorous and other times, offensive. Generally, misunderstandings can be resolved quickly, while others that just simmer underground are hard to detect and to rectify.

Most culture clashes arise when one person thinks that his way or his culture is better than the other. Lu Ellen Schafer, founder of Global Savvy, an international training and consulting firm in Palo Alto, California, says that, “you need to get beyond the superficial layer of what we think we know”.

Cultural clashes are most obvious in business relationships. From verbal to non-verbal communication, from language to attitudes – culture clashes in business are very common.

Take for example, the Indian symbol of swastika, which is a sacred and ancient symbol. When the same symbol is taken out of the context and sent worldwide, say, in the form of greetings, it will evoke fury (and rightly so).

Anyone who has worked with Japanese counterparts will understand this example. If you are waiting for an elevator with female co-workers in Japan, who gets to go in first? You would wait for the women to enter, while in contrast women, following their cultural rule, will wait for men to enter first. In the end the elevator may come and go while both will end up simply standing.

Sometimes non-verbal communication can cause misunderstandings too. For instance, a hand gesture indicating thumbs up sign or OK can be perceived as obscene in countries like Brazil, Australia, Spain and Middle East.

In other parts of the world, especially in India, people are not expected to speak up in a meeting unless they’re in a position of power.

Some countries like the UK, US and Germany are more interested in getting the work done, while in the Far East, relationships are given more importance even in business dealings.

Cultural differences exist. To accept it and acknowledge is the best way to prevent cultural clashes. 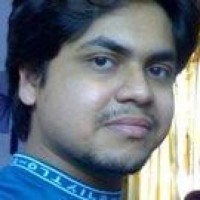 Preetam Kaushik is a freelance journalist and has been covering the trends of business, start-ups,Web2.0 and E-commerce over the last few years. He is an avid researcher, voracious reader and web 2.0 adventurer. He currently writes for The Huffington Post and has written columns for Venturebeat, The Business Insider, Readwriteweb and About.com. Additionally, he is a YoungEntrepreneur.com Contributor. Connect with Preetam via Twitter @kaushikpreetam.