Here are six key themes behind the momentum of notable IPO’s.

These days, seemingly, it’s a social media world and we just live in it. The emperor, Facebook, has impacted the social life and activity of people around the world (for the good and the bad) and today, everything will change for the world’s largest social network.

The company, led by Mark Zuckerberg, debuted on the NASDAQ under the “FB” ticker symbol and raised $16 billion (up to $18.4 billion with its over-allotment option) through its offering. Priced at $38 per share for a $104 billion valuation, the social networking website has come a long way since its February 2004 launch at Harvard. While Facebook’s opening day on the NASDAQ lacked the excitement that many had projected, the company has still come a long way.

Going public by offering a privately owned company’s securities for sale to the general public is a massive decision for any entrepreneur. And in the wake of Facebook’s collecting its due at the Nasdaq, many small business owners may be wondering … how did Zuckerberg actually do it? While that is a loaded question with quite a few variables, there are a few common threads woven into the fabric of an IPO.

Here are six key themes behind the momentum of notable initial public offerings:

It is one thing to build a “company” and it’s quite another to leverage a “brand.” Some brands have it, others don’t. The market looks for opportunities that guarantee a good future return and a promising upside.

What is your key differentiation strategy … what truly sets you apart from industry competitors? Unique, specialization is in high demand. Can you capture a subset of a market with pinpoint accuracy and focus? If so, serve a segment of that larger market really well and carve out a piece of “profitable pie.” 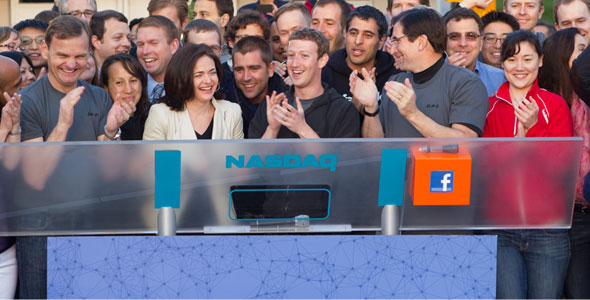