Learn how Bryan Angelo built his creative services agency from the ground up and why he believes entrepreneurs should create a business plan and stick to it.

Can you actually build a startup from the ground up?

Just ask one twenty-something New Jersey-based entrepreneur, who did just that.

“I sold drawings, I had a clothing line, I had another clothing line, and an unsuccessful run with graphic design… at first,” says 20 year-old entrepreneur Bryan Angelo. But “In late 2009 I signed my first contract as a graphic designer with an athletic company … and the following year I launched a creative services firm with my business partner.”

Learn how Bryan and co-founder Blake Meacham built a creative services agency from the ground up and why Bryan believes entrepreneurs should create a business plan and stick to it.

I was involved with many different business ventures in the past. My first venture into entrepreneurship started in 2007 when I was a sophomore in high school. I sold a design concept to a Philadelphia based clothing store for $200. At the time, I thought it was the most amazing accomplishment ever. Little did I know what the future had in store for me.

While in high school, after selling my first design, I immediately quit my job at the local supermarket and began selling more artwork to clothing lines.  At that point I had no idea what commercial design software was (i.e. Illustrator, Photoshop, etc.) — I was selling hand drawn designs to clothing companies.

My art teacher at the time, RJ Calabrese,  introduced me to digital design and CS3 Adobe Creative Suit. I would spend hours on the computer reading tutorials, watching YouTube video tutorials and teaching myself graphic design.

I soon took what I had learned and applied it to my first business venture — a clothing line called Unstitched Apparel. My apparel company won the Amazing Kids In Business Award presented by the local Chamber of Commerce. We received local press coverage and made decent money that kept the business afloat. But at the time I was unsure how to identify our target market, so I decided to hang up my hat and move on. 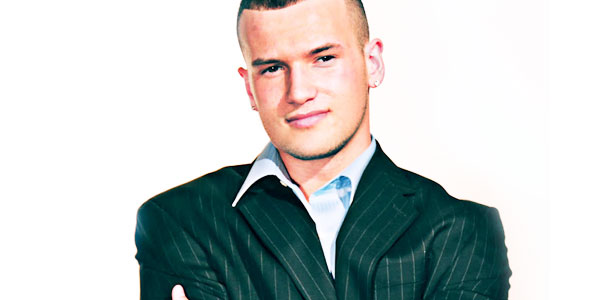