Learn how Bash Asuri launched his company to facilitate small business trade between the world's largest democracies and why he believes you should never start a business merely...

“Trade and commerce form a crucial component of the rapidly expanding and multifaceted relations between India and US. From a modest $ 5.6 billion in 1990, the bilateral trade in merchandise goods has increased to $ 57.8 billion in 2011 representing an impressive 932.14% growth in a span of 21 years,” according to the U.S.-based Embassy of India.

Moreover “trade between India and the US has increased by 40% since the launch of the India-US Strategic Dialogue by the Obama administration three years ago and could cross the $100 billion mark this year.

International trade, the exchange of capital, goods, and services across international borders or territories, is now becoming a more accessible business reality as entrepreneurs look to bridge the global trade gap for small businesses and facilitate a seamless and cost-effective transaction.

“If small and medium businesses can have the same leverage as large corporations, to source from or sell globally, they can truly compete and grow globally,” said Bash Asuri the CEO of UI Business Corp. “We look forward to doing our bit to realize that mission,” he says.

Today, UI Business Corp. offers its small business clients a blend of online and offline resources to conduct global sales at a fraction of the cost and effort inherent in international trade.

Learn how Bash Asuri launched his company to facilitate small business trade between the world’s largest democracies and why he believes you should never start a business merely to make money.

For years I worked as an executive for large corporations, flying the globe and conducting business meetings. ‘In the Fall of 2008, I read a New York Times article that said Fortune 500 companies had posted record profits for the recent quarter. At the time, the U.S. economy had just tanked and small businesses were closing up shop, practically every day. It just didn’t seem right.

Large corporations had access to resources to better manage their supply chain and move to areas where there was the greatest demand. Many small businesses did not have that same supply chain leverage and were going out of business. So, I thought it would be great if we could start a service that would provide small businesses with similar leverage.

Thus I quit my full-time job in 2010 and started UI Business Corp., along with a couple other like-minded folks. We had conducted enough research to understand that there were 3 factors inhibiting SMB’s from engaging in international trade: Trust, local sales bandwidth and shipping and logistics.

We decided to create a platform that would alleviate each of these three concerns for our clients. We developed an online marketplace and verify all foreign and domestic businesses that join. We also engaged sales consultants and partnered with logistics firms to handle an international business transaction from end to end.

Finally, we started contacting clients. It was tough at first, but as we explained our value proposition better, we started seeing interest from a variety of companies. That’s when we knew that we were fulfilling a long felt need in the small business community. But that was only the beginning. We had to deliver on our promise of enabling international business transactions. 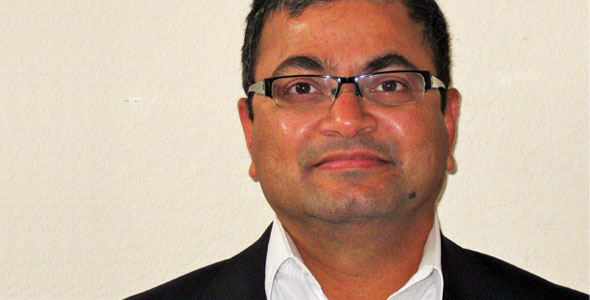