Op-Ed: Diversity in Business: Here’s What MLK Day Says About Your Company

If you refuse to observe a holiday that acknowledges the man who, in no small part, has inspired your internal policies and company culture—then diversity is obviously not...

The climate of the 1960s bears an unfortunate resemblance to the state of our country today.

We are dealing with issues of political and urban unrest, race baiting and gun legislation. In many ways we still live in a polarized nation of red state vs. blue state, gay vs. straight, black vs. white and the haves vs. the have nots. Citizens in some states are even petitioning to secede from the nation. What is truly amazing and inspiring, however, is that someone would combat these issues not with a closed fist of hyper aggression and willful ignorance, but an open hand of love and understanding.

Inspired by Gandhi’s success with non-violent activism, Martin Luther King, Jr. saw the answer to the ills of his fellow African-Americans not in force, but in love. An American clergyman, activist, and prominent leader in the African-American Civil Rights Movement, he is known for for his role in the advancement of civil rights — preaching non-violent resistance against a backdrop of extreme hate and violence. King’s efforts influenced our country to guarantee the rights of all citizens.

In light of today’s issues, it is mind-boggling that many choose not to acknowledge his contribution to the welfare of our country. It took almost 20 years for all 50 states to observe the U.S. federal holiday marking his birthday — Martin Luther King, Jr. Day.

Even still, there are companies [both big and small] that refuse to [recognize] his work.

And yes, we’re looking at you, corporate America [and small businesses alike].

Why MLK Day Should Not Go Unrecognized by Business Leaders

Dr. King’s life work (and ultimate sacrifice) leading the civil rights movement has greatly influenced not only the rights of African-Americans, but women and other marginalized groups as well. As one of the greatest orators in history, he exposed truths about our country that many would rather not face, but in a way that made them empathetically take notice.

Prior to starting my own business, at a former company I questioned my [then] boss as to why we didn’t observe the Martin Luther King Jr. federal holiday.

We were a large firm that emphasized diversity, our staff was 60 percent African-American, and we were located in Atlanta—his birthplace, the location of the King Monument, Ebenezer Church where he preached and Morehouse College where he attended school. His legacy could not be denied nor ignored. Shockingly, my boss would not even hear me out.

He said, of his employees:

“They have two floating holidays. They can take the day off if they want.”

What? Really? I was stunned.

This same mentality can be observed in many offices across the country. Despite the talk of multiculturalism and tolerance, if you refuse to observe a holiday that acknowledges the man who, in no small part, has inspired your internal policies and [company] culture—in addition to being one of the greatest Americans in history, among the great leaders, thinkers and heroes—then diversity is obviously not a priority at your company.

It could be considered business as usual at best or passive racism at worst. 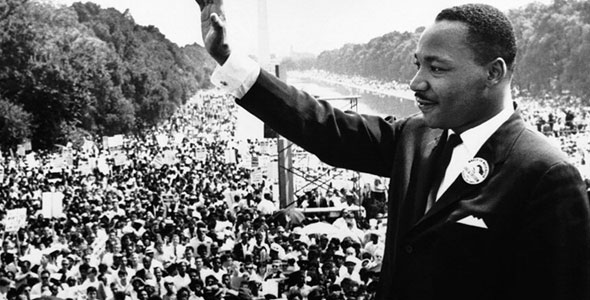