“People who provide money and expertise to help small businesses become huge businesses are called angels. Some fly solo, others in a group. The benefit of a group of angels is sharing insights and expertise of other members when evaluating potential investments and, by so doing, increase the likelihood of return on your investment. The whole is, after all, greater than the sum of its parts in brainstorming as well as metaphysics. It’s called synergy.” (Forbes)

Crowdfunding: It’s Not Just For Startups

“Ever since the boom of Kickstarter, and the passing of the JOBS Act last April, crowdfunding has become part of the investment vernacular. What started out as a funding portal for art projects, band albums, small businesses, and budding entrepreneurs, has now grown into a mature investment opportunity for businesses of all sizes. (Forbes)

“The big push for immigration reform is off and running, but some in the tech industry are hoping startups don’t get left in the dust. The question of an entrepreneur visa has emerged after the initial euphoria over the Senate’s Immigration Innovation Act, or I-Squared, which would address the major workforce needs of big tech companies. A visa option is missing in the proposal that quickly won industry support, and some say its inclusion is important to encourage talented people worldwide in the science, technology, engineering and math fields to create businesses in the United States.” (Politico)

Why 90% of Startups Fail

“There’s a hot new startup in the limelight more often than not — but the cold truth is 90% of technology startups fail. Even companies which make it big out of the gate often lose momentum and shift from a potential powerhouse to a thing of the past. A new infographic from Allmand Law analyzes the successes and failures of well-known tech startups from Zynga and Shopkick to AirTime and MySpace, helping us understand why some companies fall short.” (Mashable)

How the Startup Economy Is Creating $1 Billion Freelance Paychecks

“What do stubbornly high unemployment numbers, booming startup communities and the new ‘task-based’ economy have in common? They’re all part of the collision of trends that have made freelancers the kings and queens of the new workforce. According to new research from freelance marketplace Elance.com, 2012 was a record-breaking year for the part-time or project-based workforce, on their site alone generating more than $200 million in earnings. Looking ahead, 2013 looks even brighter…” (Forbes)

“If you run a small business, you know that things happen faster than they do in the corporate world. That’s all the more reason to make sure your technology is up to date and is able to keep up with you and your employees. If you’re lucky enough to have extra funds in this year’s IT budget, or if you’re planning to invest in incremental improvements, here are 10 tech upgrades that will help your employees get things done faster in 2013.” (CIO)

Did you enjoy this article? If so, subscribe to YFS Magazine and never miss an update. Don’t forget to make our friendship official and join Young, Fabulous, and Self-Employed entrepreneurs on Facebook. 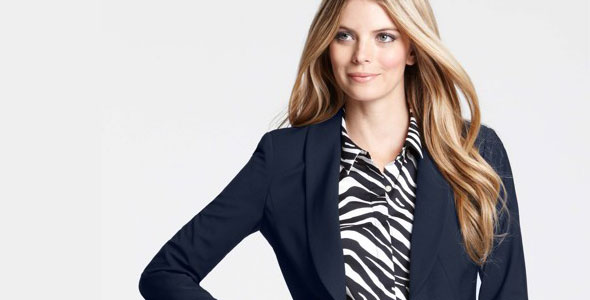