When building your startup, keep your eyes and mind open. The final commercial model might be something completely unexpected.

Every startup begins when an idea forms in an entrepreneur’s head. Maybe it’s a brand new product, a variation of an existing proposition, or perhaps even a service that improves, and disrupts, an entire industry. For me it was an idea to help people connect with things going on around them. To solve information overload from the never-ending stream of social media.

The idea quickly moved from an abstract thought in my brain to wireframes, technical specs and designs. As I began to pitch the idea to family and friends the first question I repeatedly encountered was: How will you make money?

Fast forward through several late nights coding, multiple home-delivered pizzas, a first round of funding, countless nerve wracking moments, and at long at last we are finally ready to show our app to the world.

It’s a very exciting moment for an entrepreneur when you are finally able to show friends and family something that resembles the product (or service) you’ve been talking about and obsessing over for months.

As our product improved so did our metrics — download numbers and active users. Soon our attention turned to questions of monetizing the technology. Some of my favorite apps that have millions of users still haven’t figured out how to monetize their success, which is worrying for smaller startups, as we don’t have proven methods to follow.

When Your Product Has the Wrong Focus

So, I began pitching to potential advertisers and hearing very consistent feedback that sounded like this: “We aren’t interested in advertising on a platform with fewer than ten or twenty million users,” they would repeat.

“Then why meet with us?” I thought.

When I pressed them further I found out that they were actually interested in the local data and analytics we were surfacing. Could this be right? Was I hearing that our product had the wrong focus?

Pitching the idea for the first time to a family friend and senior technology executive, she commented that the value of our product was the data analysis rather than the consumer audience. When you’ve been thinking about building a consumer audience to create an advertising opportunity, hearing that changing the ship’s course is key to monetization can be very unsettling, particularly when your gaining consumer traction.

However, after a number of very similar comments, and seeing first-hand the feedback we were receiving from advertisers, I came to appreciate that the valuable part of my business would not be what I’d first thought. While this was a really difficult pill to swallow, I was grateful that I’d worked it out before it was too late.

Massive Pivots and the Unexpected

We’ve all heard about massive product pivots that eventually created great companies like Groupon and Instagram where the initial concept was far removed from their final world-dominating product. However, in my case, a slight tweak to our initial product and placing emphasis on an enterprise market has meant our technology is resonating far more strongly with customers, which in the end, is the ultimate goal.

Would I consider this a big pivot, a small pivot or just the natural course of a startup? In the end it doesn’t really matter, as long as we’ve created something that customers want to pay for.

When building your startup, keep your eyes and mind open. The final commercial model might be something completely unexpected. Don’t ever stop validating what you build, stay close to your customers, ask the hard questions, and, above all, create an encouraging workplace that supports changes in direction.

Remember, when you identify a gap, know that there’s always an opportunity.

Jonathan Barouch is an established entrepreneur, founding one of Australia’s first online businesses, Fastflowers.com.au in 1999 before founding Roamz in 2011 and its business counterpart Local Measure in 2012. Roamz helps people discover places and events nearby through updates and photos on popular social networking sites like Twitter, Facebook and Foursquare to provide users with suggestions for things happening near them. Local Measure helps businesses become more efficient and customer-focused by highlighting insights and conversations happening on social networking sites at individual business locations, in real-time. Connect with Jonathan on Twitter. 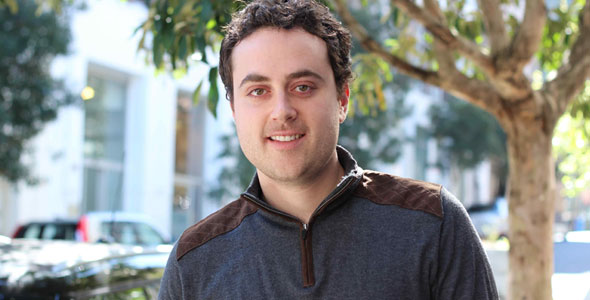